Where is Kamala Harris? President Biden appointed her to manage the border crisis three weeks ago and has she even visited our southern border since then? Nope.

In fact, it seems she’s been intentional about not going, instead checking out a bakery in Chicago and going anywhere else but where she’s supposed to go.

Yet that isn’t the crux of why appointing her to manage the crisis was a bad idea.

If an elected official cares nothing for the most vulnerable of society, those with no voice and whose human rights are pushed aside for any reason at all, then why would she care about the unaccompanied minors at the border or the babies being thrown over fences into our country?

She doesn’t care, and she’s made that evident by her lack of any substantial action whatsoever.

Harris’ stance on abortion has everything to do with her inaction on the border crisis. Why tie these two issues together? Hardly any issue stands alone, and a person’s deepest morals and values influence how they act, the decisions they make, and in the case of Joe Biden and Kamala Harris, how they govern.

I’m not saying advocating for the destruction of innocent human life is the same as refusing to do anything at all to help people suffering at the border, but the same conscience guides both decisions.

In Harris’ book, “The Truths We Hold,” which was released in 2019, she writes, “There are a few things more cruel, more inhumane, more fundamentally evil than ripping a child from her parent’s arms. The [Trump administration] claimed that it wouldn’t separate families seeking asylum if they arrived at an official port of entry, as opposed to other parts of the border. But that didn’t hold true.”

I hope Ms. Harris realizes that ripping a child from inside its mother is also cruel and “fundamentally evil.” Both situations are terrible and unconscionable, but she is doing nothing to help remedy what she believes is evil.

I believe both practices are abominable because innocent humans are being killed and unnecessarily torn from their parents.

In the summer of 2019, I took a trip to McAllen, Texas, to help deliver and unload an 18-wheeler full of diapers, water, toiletries and other necessities to the Catholic Charities respite center there. It was almost 100 degrees that day and unloading the truck was hard work, yet I knew it was the right decision.

There happened to be a delegate of Democratic congressman at the center for a press trip and I asked them to help us out in unloading the truck and take a break from giving the kids dollar-store trinkets in front of the cameras. Every single one refused. What drives your personal morals drives all your decisions, big and small.

Walking through that respite center brought me to tears. There were a lot of families and kids, many little babies, clinging to their parents for dear life. I wanted to do anything I could to help, no matter how they ended up in that place. The crisis at the border needs serious thought and immediate action. Where in the world is Kamala Harris?

Allegations of child abuse were leveled at the Freeman Coliseum in San Antonio where thousands of migrant children are being held. Imagine what these kids endured already to come to the United States only to possibly face abuse when they arrived. This is the stuff of nightmares.

The media couldn’t get enough of the “children in cages” stories throughout the Trump administration. By most accounts, conditions have worsened considerably since then, and where is the media now? Some stories are finally bubbling to the surface of front pages of news outlets, but the coverage is nowhere near as prevalent as it was when Trump was in office facing a similar crisis.

This past election put people in office whose core values are inextricably tied to the destruction of human life, and somehow now these same individuals are tasked with the protection of these lives. God help us. 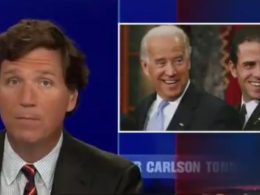 Will Hunter Biden, who reportedly lied in 2018 amid a drug binge in order to purchase a handgun,… 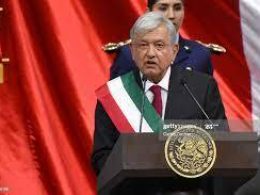 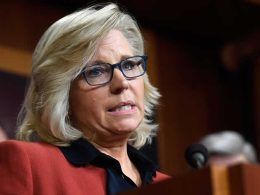 Will Someone Please Tell Liz Cheney She’s a Democrat? President Joe Biden told America on Wednesday that he wants us to spend $2.3 trillion on America’s infrastructure.…
Total
26
Share