It’s no surprise that fathers play a pivotal role in children’s lives. Southport High school in Shreveport, Louisiana, had been the epicenter of student fighting. Reports say 23 students were arrested for fighting over just three days. Disturbed by the violence, a group of dads has stepped up to help patrol the school.

“I believe that there were seven kids that were. I call them kids, that sounds innocent. Seven of these thugs were expelled or sent home.”

More incidents led to students being arrested for disturbing the peace and one arrested for battery on an assistant principal.

And this is where a father’s love comes into play.

A group of about 40 local dads formed the group “Dads on Duty.” They take turns greeting kids in the morning and help maintain an overall positive vibe in the school.

Michael LaFitte, who started Dads on Duty, said, “We’re dads. We decided the best people who can take care of our kids are who? Are us.” The dads recognize that not every child has a father, or even a male role model, in their lives.

None of the dads have experience in criminal justice or school counseling degrees, yet they have real-world experience as fathers.

Sheriff Prather says the school has a gang problem, with the members of different gangs trying to “one-up” each other. Prather pleaded with parents, saying, “They are all gonna end up dead or in jail if the parents don’t get involved.”

Since the dads have appeared on campus, there has not been a single fight. One student said of the dads’ arrivals:

“I immediately felt a form of safety. We stopped fighting; people started going to class.”

Another student referred to a “look” the dads have that demonstrated their power. The fathers have been able to balance being stern and strict with gentle teasing and jokes.

LaFritte and company constantly make dad jokes to the students. They’ll tell students their shoes are untied when they’re not, and according to Lafitte, “They hate it! They’re so embarrassed by it.” In their short time at the school, the transformation is already being felt. Students report the school feels happier.

The group of dads has said they will keep patrolling the school indefinitely. They hope to start a new chapter of Dads on Duty throughout Louisiana, eventually growing to other parts of the county. 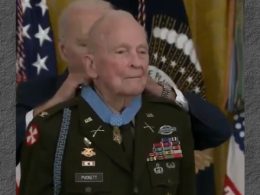 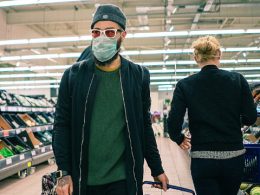 Darius Ricks The opinions expressed in this article are that of the writer, and may not necessarily reflect… 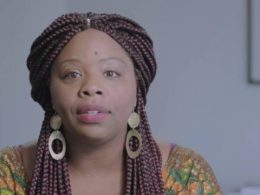 BLM Co-Founder Finds Herself in Another Scandal

Marmee Rooke Another report indicating that Patrisse Cullors is pocketing donations flowing into her activist groups has come out. According… 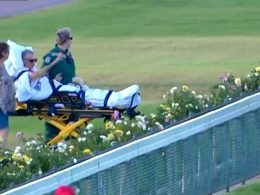