A Frontier Airlines passenger was duct-taped to his seat after allegedly groped two flight attendants and punched another in the face on Saturday.

Maxwell Berry, 22, was greeted by Miami police and charged with three counts of battery after his flight from Philadelphia landed in Miami.

According to the arrest report, alcohol likely played a major factor in the Norwalk, Ohio resident’s arrest, as he had ordered drinks on the plane before creating chaos. It is unclear if he’d been drinking prior to boarding the plane.

Once onboard, Berry ordered two drinks, asking a female flight attendant for a third before he brushed his empty cup across her behind.

He then spilled his new drink on his shirt, prompting a bathroom trip to clean himself up. Berry left the bathroom shirtless and proceeded to walk around the cabin topless for approximately 15 minutes before stepping it up a notch.

At some point, flight attendants helped the man retrieve another shirt from his carry-on luggage.

Assumingly intoxicated, Berry then decided it would be a great idea to get handsy with the female flight attendants and grabbed two of them by their breasts. “He came from behind and put his arm around both of them and groped their breasts again,” the arrest report stated.

A male flight attendant was tasked with supervising Berry and received a punch to the face as a thank you. The flight attendants now had enough evidence to warrant restraining the belligerent man to his seat with duct tape.

Frontier issued a simple statement on the matter, “During a flight from Philadelphia to Miami on July 31, a passenger made inappropriate physical contact with a flight attendant and subsequently physically assaulted another flight attendant. As a result, the passenger needed to be restrained until the flight landed in Miami and law enforcement arrived.”

Berry is the second airline passenger to be restrained via duct tape during the month of July.

On an American Airlines flight from Dallas-Fort Worth to Charlotte, NC, a woman became increasingly panicked while in the air. Flight attendants were forced to tackle the woman and zip-tie her hands and feet after she rushed to the door in an attempt to open it mid-flight. She was then duct-taped to her seat with another piece of tape over her mouth to ensure everyone’s safety. 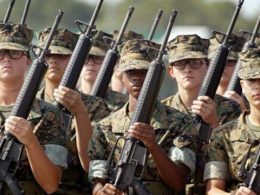 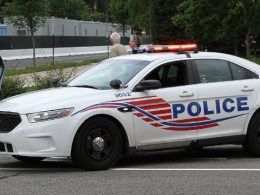 We Need To Allow Police To Do Their Jobs 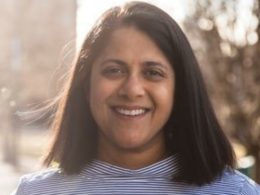