What is happening to a husband and wife would be easy to understand if the story was coming out of Communist China. But it’s happening right here in the United States of America.

On January 6, 2021, Paul and Marilyn Hueper attended a political rally in Washington D.C., featuring President Donald Trump with thousands of other Americans. They said after the rally, they walked over to the U.S. Capitol but never entered the building, trespassed, or committed any violence, vandalism, or theft.

So, what happened to Paul and Marilyn Hueper at their Anchorage, Alaska home, nearly four months after the D.C. riot? On April 28, at 9:00 a.m., FBI agents, weapons drawn, kicked in the Hueper’s door. Agents entered the house and held them at gunpoint before handcuffing them. Agents also handcuffed two house guests, one of them 17 years old. They say they were handcuffed for an hour.

According to the Huepers, the FBI gave them no reason for the intrusion and showed no warrant. They said the FBI interrogated them for two hours before confiscating their laptop, phones, and another curious item.

MSN.com reported, the FBI said they received a tip from an unidentified witness that Marilyn looked like the woman in an FBI “wanted” photograph. Apparently, this was key to providing probable cause to search their home.

Marilyn says the woman in the FBI photograph is not her. She says those are not the clothes she was wearing that day. Aside from similar black coats, their clothing, jewelry, and eye makeup all differ. She also wonders why the FBI didn’t use facial recognition to attempt to identify or clear her.

The FBI provided a statement to The Ingraham Angle saying, “… on April 28, the FBI was conducting court authorized law enforcement activity at the location you are referring to….”

Ingraham said the FBI also told her, “as a matter of practice they wouldn’t describe their interaction.”

“Yeah, I bet they won’t. This does not sound like the United States of America,” commented Ingraham.

Ingraham asked, “Did they apologize after the three hours?” Paul answered, “Only for smashing a big hole in the door. One of the agents felt bad about that, but there was no other apology.”

They said agents came out at 7 a.m., but there was no answer. So, they went to breakfast and came back at 9 o’clock—and kicked in their door.

On July 6, 2021, the couple again appeared on The Ingraham Angle. Now, precisely six months since the near “sacking” of the U.S. government, the FBI has neither identified Marilyn as the woman in the photo nor has cleared the couple of involvement in nicking Nancy’s laptop.

The Huepers said during a trip to San Francisco, from which they’d just returned, the government, having placed them on “special security screening” status, caused them to miss three flights. Agents made them go through security multiple times in Anchorage, Seattle, and San Francisco. They said security ransacked their luggage and even met them at the plane’s boarding door on the runway to search their belongings again.

Ingraham, incensed, said, “Everybody in the country needs to know this. You are being treated as if you are on a terror watch list… because you actually attended a rally and walked to the Capitol and didn’t even go into the Capitol. You’re being treated like a domestic terror threat. Is that the way it makes you feel like?” Paul answered, “They know they’ve got the wrong couple, and they won’t let it go.”

Ingraham played a clip of Rep. Jim Jordan (R-OH) questioning FBI Director Christopher Ray during a recent congressional hearing. Regarding the intrusion into the Hueper’s home in April, Jordan had some tough questions for Ray.

Jordan asked why the FBI seized the Constitution. Ray answered, inertly, the FBI can’t discuss specific cases. Jordan pressed Ray. “Is it the habit of the FBI to take Constitutions from people you’re interrogating?”

Ray, seemingly obtuse, answered, “I don’t know if it’s a habit to pursue any particular document. We just seize the evidence that’s relevant to what’s in the search warrant affidavit.”

So, Ingraham, an attorney who clerked for U.S. Supreme Court Justice Clarence Thomas, said she and her staff looked over the affidavit to find what relevance a copy of the U.S. Constitution could have to the investigation.

She said the only thing they found that might apply was, “Information… indicating the state of mind, e.g., intent… related to the criminal activity under investigation.”

Conservatives believe the FBI thinks interest or even reverence for a document FBI Director Ray has sworn an oath to uphold and defend can indicate a person’s “state of mind” and discern their intent to commit a crime.

The Huepers are not alone. Americans in several states are being persecuted for their conservative political beliefs. In Seattle, six police officers, who also attended the rally, with no evidence they participated in the riots, remain under investigation. Similar to the Huepers’ devices, the officers were “forced to turn over phone data, personal documents, and bank statements…” from January 6, under threats of termination.

The Huepers have set up a website to tell their story. 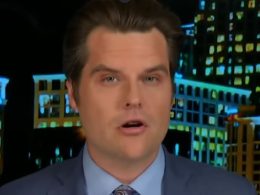 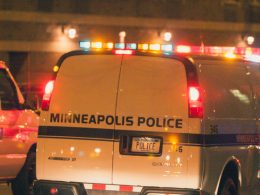 On Tuesday, Minneapolis voters will decide whether to keep or scrap their police department, as they’ve known it,… 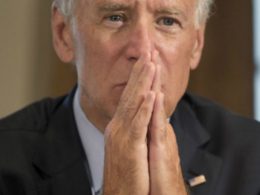 On Thursday, President Biden will announce that health insurers must cover the total cost of at-home Covid tests.… Since 1871, Yellowstone National Park’s Mount Doane has been the namesake for explorer Gustavus Doane, who is credited…
Total
54
Share