Allison Mack, a former TV actress, was sentenced to three years in prison after pleading guilty to charges claiming that she manipulated women into becoming sex slaves within the NXIVM organization.

The Smallville actress, who faced up to 17 years for her actions, was given three years after appearing in the Brooklyn federal courtroom. During her sentencing, Mack was given a chance to address the courtroom and spoke out against Keith Raniere, leader of the cult NXIVM. In October 2020, Raniere was sentenced to 120 years.

“I made choices I will forever regret,” she said, also telling the judge she was filled with “remorse and guilt.”

“I am sorry to those of you that I brought into NXIVM,” she wrote in a letter filed with the court last week. “I am sorry I ever exposed you to the nefarious and emotionally abusive schemes of a twisted man.”

At the trial of Raniere, former NXIVM members testified that they established a secret organization in which “Slaves” promised complete obedience to “masters,” and Raniere was a “grandmaster.”

Group leaders were told to keep lower-ranking members in line with nude photos and other compromising items. Mack, who was a Raniere’s ‘slave’ as well as another woman’s ‘master,’ admitted in her plea deal that she forced two women to work unpaid by threatening that they would release harmful information on them.

One victim, Jessica Joan, said that Mack manipulated her emotionally and then ordered her to “seduce” Raniere with the promise that she could resolve her previous sexual abuse trauma. She didn’t obey that order, Joan said.

Joan described Mack as a “predator and an evil human being” who was “cut from the same cloth” as Raniere.

India Oxenberg, the daughter of former Dynasty star Catherine Oxenberg, told Hollywood Reporter, “I’m still in a state of disbelief, but I trust and honor the judge’s decision. I hope that her victims, including myself, feel vindicated and safer, given that she has denounced Keith Raniere. We all need time to process and digest everything. This is a big moment for all of us,” India told Hollywood Reporter.

The government asked the Eastern District of New York in a sentencing memo filed last week to “impose a sentence below the otherwise applicable advisory Guidelines range” due to Mack’s “assistance” in the case. Mack served three years under house arrest at her parents’ house while awaiting trial.

Mack is often best recognized for her role as Chloe on the popular TV show “Smallville.” Mack is now another Hollywood child protege to be involved in a legal scandal concerning the madness of Hollywood culture. 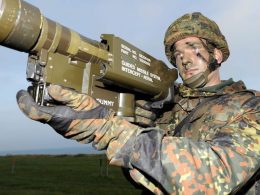 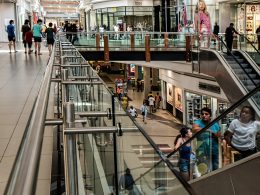 Retail Sales Numbers on the Rise Despite Rising Inflation

During April, consumer retail sales increased 0.9% for everyday goods, including food, cars, and gasoline. There was a… 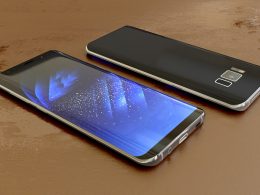 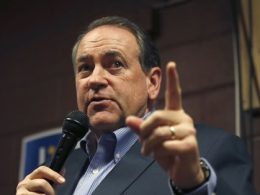 If Facebook Was the #1 Site for Organizing the Capitol Events, Mike Huckabee Asks, Why Ban Parler?

One of the biggest and most frightening stories in years is going on now, as leftist tech giants…
Total
13
Share