Patriots are falling in love with the latest gold medal winner for the U.S.A. Wrestler Tamyra Mensah-Stock draped in the American flag shows her pride in the United States in a press conference after her historic win.

After a string of woke athletes failing to place or get gold in their respective sports, it is uplifting to see someone who is unabashedly in love with her country win gold.

We need to protect this woman at all costs… An infectious beam of positivity, her spirit is undeniable. What an incredible representative of our sport and our great country. This interview is so emotional! We are SO proud of you! 🇺🇸 #TMS @MensahTamStock pic.twitter.com/372k1gpu0O

Mensah-Stock starting wrestling in the tenth grade and said in the interview that she knew then if she worked hard, she could be an Olympic Champion. Fighting back the tears of joy, she said, “I kept going. I did it!”

When the reporter asked her if she was “surprised” to be standing on the podium holding her gold medal, she responded: “Of course, I surprise myself. It is only by the grace of God I’m even able to move my feet.”

She said that she leaves her matches in God’s hands, and she “pray(s) that all the practice, the hell that my coaches put me through, pays off. And every single time it does.”

“It is so weird that there is no cap to the limit that I can do. I am excited to see what I have next.” Tamyra Mensah-Stock doesn’t believe in weak mental attitudes, which shows in the joy that exudes from her interview.

If this answer were all she said, it would be enough to praise her, but it wasn’t. Not only does she love God and praise him for helping her through her matches and all the hard work she put into training. But she also loves her country.

The reporter asked her what it meant to compete for the United States and wear the flag proudly wrapped around her. Her response is one that resonated with millions of Americans searching for patriotic Americans to represent us on the world stage.

“It feels amazing. I love representing the U.S.,” she says while she smiles and makes a heart with her hands. “I freaking love living there. I love it, and I am so happy I get to represent [the] U.S.A.!!”

We need more of this. A lot more. 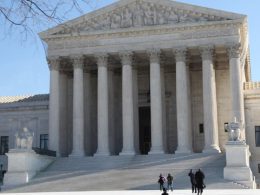 Riiver Nihil The Supreme Court announced Monday that it would be taking another hard look at reducing abortion rights, probably… 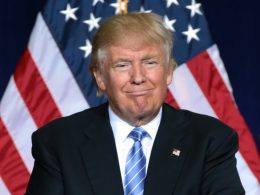 When authorities proved Lance Armstrong cheated in his Tour-de-France win, they took his championship away. How else could officials… 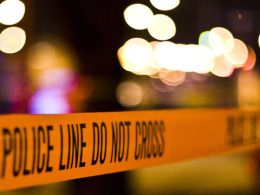 Police Stations nationwide saw a dramatic increase in shootings over the 4th of July weekend. At least 150…
Total
23
Share