The Biden Administration is terrified of what the Arizona forensic audit will find and sends out Merrick Garland to intimidate Arizona into backing down.

Arizona official says, “we won’t be intimidated, it’s only going to strengthen our resolve to find the truth.” 👌🏽👊🏽 pic.twitter.com/DHP5QBgoNy

The letter A.G. referenced in his speech was an email written by Pamela Karlan, the Principal Deputy Assistant Attorney General of the Civil Rights Division, to the President of the Arizona Senate, Sen. Karen Fann.

Karlan asserts that the ballots, elections systems, and election materials that are the subject of the Maricopa County audit are not being adequately safeguarded. She writes that they “are no longer under the ultimate control of state and local elections officials, are not being adequately safeguarded by contractors at an insecure facility, and are at risk of being lost, stolen, altered, compromised or destroyed.” Arizona is using Cyber Ninjas, as well as hundreds of volunteers that are registered as Republicans, Democrats, and Independents, to complete the independent audit.

The claim is that the ballots that sit guarded in a locked cage under 24-hour video surveillance aren’t secure enough for the federal government. However, no such email or letter is on record when a Georgia County failed to secure a ballot storage facility even after it was ordered by a judge to do so. Officials responded to the Georgia ballot facility after the alarms went off again, only to find the place unlocked and the doors wide open.

Sen. Fann responded by dispelling any rumors the audit isn’t being done according to the letter of the law. She said, “All ballot review and processing occurs within the confines of a carefully documented chain of custody and, from the moment the counting began, all audit team members and observers alike have been strictly prohibited from bringing into the demarcated ballot processing area any electronic device or any instrument (e.g., a blue or black ink pen) that could be used to spoliate ballots.”

“Not a single ballot or other official election document has been destroyed, defaced, lost, or adulterated during the course of the audit.”

Sen. Fann isn’t the only one standing up to the wolves inside the DOJ. GOP Chairwoman Dr. Kelli Ward, Sen. Wendy Rogers, Sen. Sonny Borrelli, and Candidate for Arizona Secretary of State Mark Finchem joined the public rebuke of the DOJ’s overstep.

In no uncertain terms, Sen. Rogers told Merrick Garland that he “will not touch Arizona ballots or machines unless you want to spend time in an Arizona prison. Maybe you should focus on stopping terrorism. The Justice Department is one of the most corrupt institutions in the USA.”

She also said, “If Attorney General Merrick Garland thinks he has a right to our ballots and machines, he should go to court. If he uses force when multiple courts have already authorized this audit, he will be in violation of the law. Lawless thugs [are] all they will be!”

If Attorney General Merrick Garland thinks he has a right to our ballots and machines he should go to court. If he uses force when multiple courts have already authorized this audit he will be in violation of the law. Lawless thugs is all they will be!

Her comments were backed up by Dr. Kelli Ward, who quipped, “seems like Merrick either wants to ignore or forgot all about the U.S. Constitution.”

Mark Finchem was asked on WarRoom Pandemic whether or not he thought Arizona lawmakers would cower to the federal threats. He responded, “I do not see us backing down in the least. This is a methodical forensic audit, and in order to do it properly, all aspects need to be examined, period. I do not see us backing down ONE INCH!” Arizona could only be so lucky as to have him guarding their elections as Secretary of State.

“When you’re over the target, you get flack. This just means that we are dangerous,” Sen. Borrelli said on Outside the Beltway with John Fredericks. He told the Fredericks that “it’s very telling when they come after you. Why are you so afraid of us possibly finding out that you are correct.” Sen. Borrelli said it was “laughable” that they would attack an audit that would possibly “prove that the election was good,” which he says they “accomplished their mission and did their job.”

He said, however, “if we find out that this election was a complete sham and Biden is not the true winner, the American public deserves that because that’s their right and their rights are being undermined, and their vote is being suppressed by cheating or fraudulent phantom voters.” 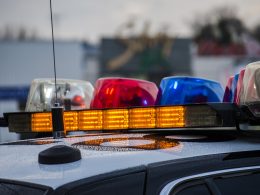 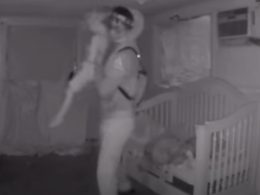 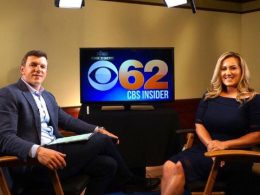 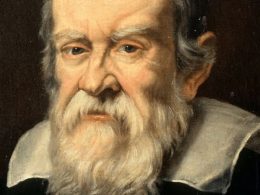 OPINION | The opinions expressed in this article are that of the writer, and may not necessarily reflect…
Total
65
Share