Roads across the southwestern United States are becoming drug-trafficking highways, according to an Arizona sheriff.

Throughout the Trump administration, alongside the border wall itself, high-speed roads were built for use by the Border Patrol to better police America’s southern border.

However, when Biden stopped construction, workers had to put down their tools and leave a lot of still-unconstructed border wall — making the entire area not only less secure but much easier for illegal drug cartels to traverse.

That’s what Dannels is concerned about, as his county covers just over 80 miles of the border area.

“One area that’s wide open right now, we’re getting five to six groups a day,” he told The Times. “It’s almost worse than it was before. We just built them infrastructure.”

According to the sheriff, most feedback on the wall comes from county residents and is positive, with “the majority saying it works — it really works.”

Former President Donald Trump also commented on the halt on construction in his speech Sunday at the Conservative Political Action Conference in Florida.

“Joe Biden defunded the border wall and stopped all future construction, even on small open sections that just needed to be finished up routine little work, it’s already been bought,” he said.

“Wait until the contractors get to them. And they say, ‘No, it costs us much more money not to finish this small section than if we finished it.’ That’s going to be nice. Wait until you see those bills start pouring in.”

Even lawmakers from Biden’s own party are beginning to recognize the crisis.

Democratic Rep. Henry Cuellar, whose district includes a long stretch of border in southern Texas, told Fox News’ “America’s Newsroom” that the number of unaccompanied minors arriving at the southern border has continued to increase.

“The number of unaccompanied kids, the number of families that are coming in are just increasing every day. In my district, just a couple of days ago, 166 people [crossed the border]. … So it’s not a crisis yet, but it’s going to get there very soon,” Cuellar said.

As much as the Biden administration may attempt to play it off, an immigration crisis is looming at America’s southern border, and it is certainly in no condition to handle one.

CBS News reported that more than 1,800 unaccompanied minors were apprehended by Border Patrol agents two weeks ago, with the 8,000-bed capacity of government agencies directed to house those minors at nearly 90 percent capacity.

Even some Biden officials project a massive influx of migrants, with one staffer reportedly projecting “a peak of 13,000 unaccompanied children” to cross the border in May alone, according to Axios.

According to documents obtained by the outlet, an average of 321 children per day were apprehended by Customs and Border Protection last week alone.

NEW: Internal documents from HHS show how quickly the number of child migrants crossing the border is overwhelming the administration’s stretched resources.

It’s a mushrooming problem for the new president and his policy & social welfare agencies. https://t.co/ByjGSYKs9p

The New York Post reported that the current rate at which unaccompanied minors are entering the country is on pace to “exceed an all-time record … by 45 percent.”

How is this not a crisis? One briefing with the president specifically outlined the need for 20,000 beds for unaccompanied minors at the border. Meanwhile, Homeland Security Secretary Alejandro Mayorkas claimed it’s not a crisis but just a “challenge” the administration will need to overcome.

In just the 2021 fiscal year alone, CBP has had more than 300,000 encounters resulting in arrests and apprehensions.

The fact is, the border is not secure. Between his incognito abolition plan for Immigrations and Customs Enforcement, his reopening of migrant facilities and his halting construction of the border wall, “disaster” is an understatement to describe Biden’s immigration policy. 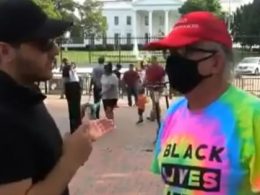 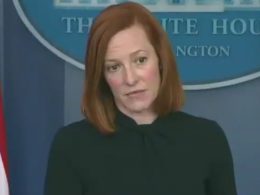 Marmee Rooke Even though Biden himself stated the attack on America’s gas pipeline was an “a criminal act,” his administration… 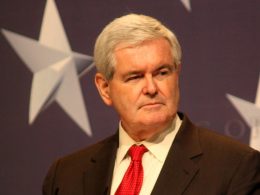 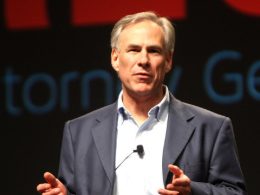