An openly gay progressive Democrat Arizona state senator, Otoniel ‘Tony’ Navarrete, was arrested on Thursday night after one of two minors, who accused him of sexual misconduct going back years, recorded Sen. Navarrete’s admission to the abuse.

Local KTAR News reported the Phoenix Police said in a statement that Democrat Sen. Navarrete “was arrested and is currently in the process of being booked into jail for multiple counts of sexual conduct with a minor, among other charges.” Navarrete is accused of sexual misconduct with a minor who claims Navarrete committed the acts in 2019 when he was 12 or 13.

The victim, now 16, told the Democrat Senator in a recorded phone call that he experiences mental health issues due to the abuse that spanned several years. Fox 10 reported on the phone call recorded by the police, saying that the teen admitted: “he suffers from anxiety and anger that stems from the abuse.”

Detectives working on the case reportedly wrote that Navarrete admitted to his victim that the abuse happened because Navarette “wasn’t well.” The victim’s younger brother also allegedly told detectives, in a probable cause affidavit, that Navarrete attempted to reach up his leg inside his shorts. But the boy successfully slapped Navarrete’s hand away, avoiding the same abuse his brother allegedly suffered from.

Navarrete was arrested on seven felony charges, including a class II felony for molestation of a child and three class II felonies for sexual conduct with a minor. He is currently in a Maricopa County Jail, where he appeared virtually from his cell where the Maricopa County Superior Court Commissioner Steve McCarthy set Navarrete’s bond at $50,000.

ABC 15 reported that court documents revealed the victim accused Navarrete of coming into his room while he slept. The report said the victim claims that “he woke up to Navarrete touching him inappropriately and then performing sex acts on him.” The abuse repeatedly happened from the age of 12-15, according to the teen.

During the abuse, the boy told police that Navarrete would say to him, “Oh, I shouldn’t be doing this. This is wrong.”

Prosecutor Jeanine Sorrentino, who pushed for the $50,000 bond, said that if the Democrat senator is convicted of these charges, he could face 49 years in jail. Sorrentino told the judge that Navarrete “should have no contact with minors.” Navarrete’s defense attorney, Roland Rillos, attempted to downplay the risk Navarrete faces to the public and asked for Navarrete’s bail to be set at $15,000.

The 35-year-old progressive Democrat serves as a senator to Arizona’s 30th District, including Phoenix and Glendale. Multiple members of the Arizona government have called on Navarrete to resign from his state senate position, including members of his own party.

The Arizona Senate Democrats called on Navarrete to resign due to “the circumstances and serious nature of the felony charges.” The Senate Dems called Navarrete’s abuse “intolerable.”

In light of these disturbing charges, House and Senate Democrats are calling on Senator Navarrete to resign immediately. Abuse of this kind is intolerable and our hearts go out to the victims. pic.twitter.com/odBj96iyTt

Without hesitation, Arizona state senator Kelly Townsend was the first to call on the senator to receive justice, saying, “I will take the position of innocent until proven guilty. However, if it’s true, then I don’t ever want to lay eyes on you again, Tony Navarrete (@NavarreteAZ). I pray for your victims, and I demand justice be done to its fullest extent.”

I will take the position of innocent until proven guilty. However, if it's true, then I don't ever want to lay eyes on you again, @NavarreteAZ. I pray for your victims and I demand justice be done to it's fullest extent. https://t.co/6ze6LoskEd

Senate President Karen Fann also released a statement, saying, “Given the information documented in the findings of probable cause released by authorities, I am awaiting Senator Navarrete’s immediate resignation.”

Senate President @FannKfann says @NavarreteAZ must step down. "Given the information documented in the findings of probable cause released by authorities, I am awaiting Senator Navarrete’s immediate resignation.” pic.twitter.com/kV3diYcqjN

President Fann called the allegations against Navarrete “serious and alarming” that “require Senator Navarrete to step down immediately.”

Fann wrote, ” Our hearts are with the victims; child abuse and sexual misconduct are intolerable in every circumstance.” She said that Senate has “confidence in our criminal system and pray that due justice will aid in the long road to healing for those involved.” 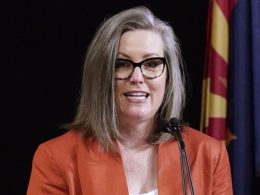 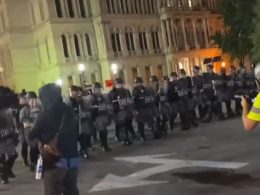 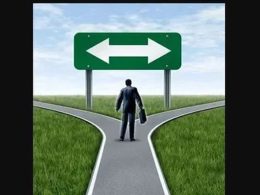 Remember when President instituted a travel ban, back in January when the media claimed he was doing nothing.… 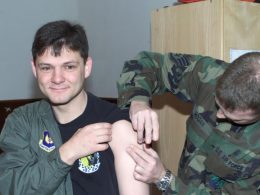