U.S Olympic Hammer thrower, Gwen Berry, is under heavy scrutiny for turning her back to the American flag during the national anthem on Saturday at the U.S Olympics Trials. Berry, 31, placed third in the United States Olympic track and field trials on Saturday, earning a spot on the team for the second time in her career.

The national anthem has played one time per evening at the U.S. Olympic track and field trials for the past week. Several spectators in the crowd stood and honored the flag as Americans have done for centuries. However, Berry shocked the world after deciding to intentionally turn her back to the flag before eventually covering her face with a shirt.

Berry’s actions sparked outrage among many Americans after witnessing an American athlete protest the country on such an important stage. Berry, however, refused to apologize for her actions and instead claimed she was “set up,” according to the New York Post.

“I feel like it was a set-up [sic], and they did it on purpose,” Berry said of the timing of the anthem. “I was pissed, to be honest.” Berry alleges she was told that the national anthem would play before she took the stage. However, gold and silver medalists DeAnna Price and Brooke Andersen faced the flag with their right hands placed over their hearts while Berry faced away.

Berry commented, “They had enough opportunities to play the national anthem before we got up there.” She goes on to say, “I was thinking about what I should do. Eventually I stayed there and I swayed, I put my shirt over my head. It was real disrespectful.”

According to reports, Berry believes the 105-year anthem that generations of Americans, black and white, fought for “doesn’t speak” for her.

However, a spokesperson for USA Track and Field denied Berry’s claim that it was a setup.

Contrary to Berry’s intentions, her actions on Saturday made no impact against the rare racial tensions in America. Instead, Berry blatantly disrespected the flag and the brave men and women who died to protect our country’s freedoms.

No political demonstrations will be allowed on the field of play beginning in May, as revealed by the International Olympic Committee.

“A very clear majority of athletes said that they think it’s not appropriate to demonstrate or express their views on the field of play, at the official ceremonies or at the podium,” said Kirsty Coventry, IOC Athletes’ Commission Chief.

The committee has not yet released a statement regarding Berry. 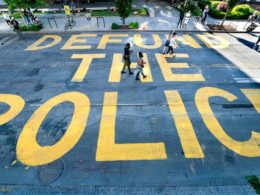 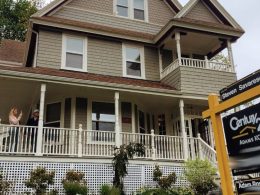 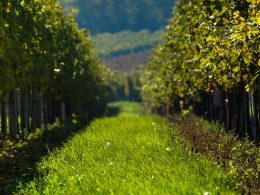 Bayer-Monsanto is under fire as 57 Texas High Plains wine grape growers have filed a lawsuit against the agrochemical giant.… 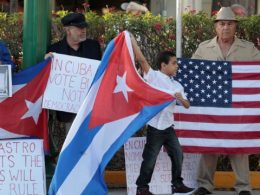