President Joe Biden’s commerce secretary nominee, Gina Raimondo, signaled to lawmakers Tuesday that she is open to hiking taxes on the middle class to raise funds to fight climate change.

During her nomination hearing, Florida Sen. Rick Scott asked the Rhode Island governor how her state plans to pay for the Transportation and Climate Initiative Program, an agreement between Rhode Island, Connecticut, Massachusetts and the District of Columbia meant to reduce carbon emissions.

“The document I signed — by the way it was bipartisan, Republican and Democratic governors — was an intention to work together with our legislators to develop a transportation climate initiative, so it’s very early in that process,” Raimondo said.

Scott then recalled that during his transportation secretary nomination hearing, Pete Buttigieg said he was open to raising the federal gas tax, which is currently 18.4 cents per gallon. Scott noted that would “impact the poorest families in our country significantly.”

“What is your position on that and how would that impact your ability to do your job as secretary of commerce?” the Florida Republican asked.

Raimondo said that she “would defer to Congress to make that decision.”

“Let me say this. I, as governor, am deeply in touch with how much increasing bills affect the average American family,” she said.

“Having said that, we do need to meet the climate change challenge and we need funds for improved infrastructure — better roads, safer roads, safer bridges — which also creates jobs.”

She added, “So I would look to balance those interests and work as a piece of the president’s team.”

During his campaign, Biden repeated variations of his promise that people who make under $400,000 a year would not have their taxes raised.

The commerce secretary is one of the heads of the 15 executive departments in the president’s Cabinet.

Raimondo has a background in the financial industry and has served as Rhode Island’s governor since 2015, according to The New York Times.

Some progressive groups have said that the Biden administration should have chosen a populist Democrat instead of Raimondo.

The Revolving Door Project and Demand Progress said in a Jan. 6 announcement that Raimondo is a “corporate insider” who took away funding from low-income areas of Rhode Island during the coronavirus pandemic. 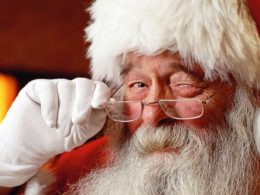 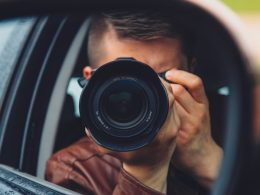 Scottsdale Unified School Board President Jann-Michael Greenburg was caught, by a group of mothers, with a Google Drive… 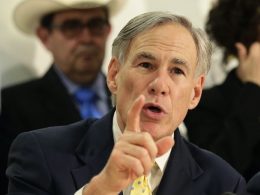 Texas Governor Abbott: ‘We Will Defund Any City that Tries to Defund Police’

Republican Texas Gov. Greg Abbott announced on Thursday that any city in his state that takes measures to… 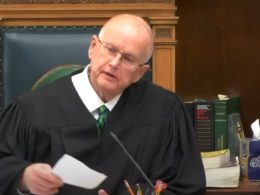 A juror in the Kyle Rittenhouse trial was dismissed after he told an off-color joke. The incident occurred…
Total
0
Share