320,000 Illegal Immigrants To Be Given Temporary Protected Status By Biden Admin

More than 300,000 illegal immigrants are being protected by the Biden administration.

The administration announced Monday that it is granting what is known as Temporary Protected Status to illegal immigrants from Venezuela, according to a teleconference transcript released by the White House.

Temporary Protected Status will allow those who register with the federal government to legally remain in the country through September 2022. Administration officials who briefed the media about the policy said that TPS could be renewed, but no decision about that has been made.

Officials briefing the media estimated that around 320,000 illegal immigrants would be covered by the Biden administration action.

A Department of Homeland Security release on the DHS website said TPS was granted “due to extraordinary and temporary conditions in Venezuela that prevent nationals from returning safely, including a complex humanitarian crisis marked by widespread hunger and malnutrition, a growing influence and presence of non-state armed groups, repression, and a crumbling infrastructure.”

“The living conditions in Venezuela reveal a country in turmoil, unable to protect its own citizens,” Secretary of Homeland Security Alejandro N. Mayorkas said in the statement. “It is in times of extraordinary and temporary circumstances like these that the United States steps forward to support eligible Venezuelan nationals already present here, while their home country seeks to right itself out of the current crises.”

Illegal immigrants from Venezuela have 180 days to apply for TPS.

Senate Majority Leader Chuck Schumer said the action “demonstrates the commitment our nation has to support the protection of Venezuelans fleeing a corrupt regime,” according to Fox News.

“The plight of the people of Venezuela is a challenge to the conscience of the world and I commend Secretary Mayorkas and President Biden for working to combat the humanitarian disaster in the region,” Schumer said.

In January, former President Donald Trump issued a Deferred Enforced Departure program notice that would have allowed some illegal immigrants from Venezuela to avoid deportation for 18 months.

Venezuela’s economy has all but collapsed, leading to widespread shortages of food and other goods. The Trump administration sought to put pressure on Venezuelan dictator Nicolas Maduro to leave, but Maduro has refused to budge. The Trump administration recognized opposition leader Juan Guaido as the country’s rightful leader, and slapped sanctions on Venezuela as a way to put pressure on Maduro to hold fair elections.

The Federal Register notice announcing TPS noted, “Venezuela’s crisis has been marked by a wide range of factors, including: Economic contraction; inflation and hyperinflation; deepening poverty; high levels of unemployment; reduced access to and shortages of food and medicine; a severely weakened medical system; the reappearance or increased incidence of certain communicable diseases; a collapse in basic services; water, electricity, and fuel shortages; political polarization; institutional and political tensions; human rights abuses and repression; crime and violence; corruption; increased human mobility and displacement (including internal migration, emigration, and return); and the impact of the COVID-19 pandemic, among other factors.”

“Venezuela continues to be impacted by a prolonged political crisis. Following a May 2018 electoral process that lacked legitimacy, but which Nicolás Maduro claimed to have won, the United States and many other democracies recognized Juan Guaidó as the interim President of Venezuela,” the notice added.

“Maduro continued to exert control over all Venezuelan institutions after January 2019, aside from the legitimately elected, opposition-controlled 2015 National Assembly.

“In elections held on December 6, 2020 — which were rejected by the Organization of American States, many governments, and other international organizations as fraudulent — supporters of Maduro won a vast majority of seats in the National Assembly under manipulated electoral conditions. Maduro installed a new illegitimate purported National Assembly on January 5, 2021.”

During the White House call regarding TPS, those described as senior administration officials who were not named indicated the Biden administration will “expand that pressure multilaterally to ensure that those that are, you know, guilty of human rights abuses; that are robbing the Venezuelan people; that are engaged in rampant criminal activity really find no quarter anywhere until they sit down to the table in earnest and make decisions that lead toward free and fair elections in the country.”

Officials on the call said illegal immigrants wanting to be protected from deportation need to come up with $545 to cover fees for the government program in which they will enroll.

TPS will only apply to illegal immigrants from Venezuela already in the U.S. as of Monday, officials said.

“I have long advocated providing much-needed relief to help eligible Venezuelan nationals residing in the U.S. with a work permit and a temporary solution, which is exactly what the Trump Administration did earlier this year,” Rubio said in a statement, according to Fox News.

“I am glad the Biden Administration shares that commitment, and I support granting TPS status to eligible Venezuelan nationals currently in the U.S.” 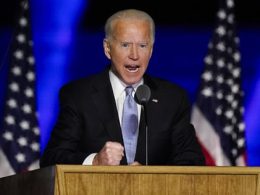 Biden Will Have 20,000 Troops Guarding His Inauguration, 5 Times What We Have in Afghanistan 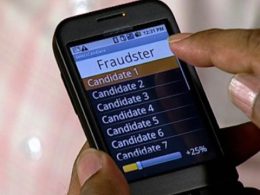 Manchester N.H. Police Return $25K To A Woman Who Was Scammed Over The Phone 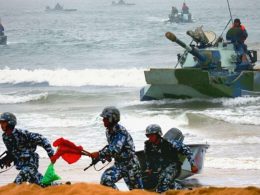 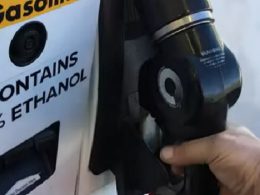 I grew up in New Jersey — which, along with Oregon, is one of the two states that…
Total
0
Share