On Tuesday, June 1, the Biden administration quietly put an end to the “Remain in Mexico” policy. The policy required asylum seekers to wait in Mexico until their day in court with U.S. Immigration judges.

Biden had suspended the policy on his first day in office. A review of the policy was issued before shutting it down permanently.

Now, anyone claiming asylum will be let into the United States and are allowed to remain on U.S. soil until they meet with a judge, no matter how weak their case may be.

This move by President Biden comes amid a 20-year high in illegal border crossings. There is also a deepening humanitarian crisis along the border that began seemingly immediately upon Biden taking office in January and went about dismantling Trump’s restrictive border policies.

Biden handed the border crisis over to his Vice President, Kamala Harris, who has yet to address it in a substantial way or even make so much as an appearance at the border to see what is really happening.

In fact, she laughed when reporters asked her when she intends to visit the border. Even though the president appointed her on March 25 to handle the situation, she still has no plans to appear at the U.S./Mexico border.

Republicans have pushed for the Vice President to visit and witness the historic surge in migrants, including thousands of unaccompanied children who’ve been abandoned for one reason or another due to the Biden administration’s policies.

The current administration claims that the border isn’t open, yet there have been 178,622 migrants who’ve attempted to cross the border since April. According to the U.S. Customs and Border Control, 13,962 of them were unaccompanied children.

Republican Senator Ted Cruz has been the biggest critic over how Biden and Harris have handled the border crisis.

On Thursday, Cruz tweeted a video of a young boy brought over by smugglers and wrote, “This video of a child being abandoned at the Texas-Mexico border is absolutely heartbreaking.

This video of a child being abandoned at the Texas-Mexico border is absolutely heartbreaking.

Harris is willing to visit places like Guatemala, and Mexico City, but is coming nowhere close to the U.S./Mexico border.

“Texans are mad and frustrated, and they should be,” Cruz said during an April interview with Newsmax. “Over the last decade, I have been down to the border many times representing the great state of Texas. I’ve seen it bad before, but I’ve never seen it remotely as bad as it is now. I went with the Border Patrol agency, and we saw caravans of people hiking north from the Rio Grande River, kids walking alone, mothers with infants walking alone and coming up here.”

The now-defunct policy deterred many from making the arduous journey to the border, as they would have had to wait in subpar conditions in Mexico. Many still missed their day in court, as 44% of claims were denied for failure to appear.

The border crisis triggered in 2019 happened largely because Central American families were exploiting a loophole in U.S. asylum law that allows asylum-seekers to be released into the U.S. pending the outcome of their case.

The “Remain in Mexico” policy had solved that problem.

Without the policy, this means that once they’ve made it into U.S. territory, immigrants were essentially handed American freedom without their due process. Even though they are assigned court dates, many asylum seekers do not follow through with the red tape and remain in the country illegally.

Why? The process can take years. Courts are backlogged, and some immigrants have not updated their records.

Since February 19, about 11,200 people with active cases await their day in court from within the United States.

Homeland Security Secretary Alejandro Mayorkas stated that the Migrant Protection Protocols Program, the formal name for the so-called “Remain in Mexico” policy, “does not adequately or sustainably enhance border management in such a way as to justify the program’s extensive operational burdens and other shortfalls.”

Mayorkas touted a so-called “Dedicated Docket” to take its place. Announced Friday, it would expedite asylum hearings for families arriving at the U.S.-Mexico border.

Immigration judges would generally decide such cases within 300 days of an initial hearing in 10 cities: New York, Newark, Denver, Detroit, El Paso, Los Angeles, Miami, San Diego, San Francisco, and Seattle. It’s not clear how immigrants will arrive at their assigned location, though it will likely be the taxpayer that funds their travel.

“The ‘Remain in Mexico’ policy was a critical tool for border patrol agents to manage the influx of migrants flooding into our country,” Katko, the top Republican on the House Homeland Security Committee, said in a statement. “Once again, the Biden Administration has forced our frontline border security professionals to manage the mess it made with no choice but to catch-and-release tens of thousands of migrants into the interior of our country.”

Just idiotic. “Remain in Mexico” was one of the smartest immigration policies of the last 30 years. A president who cares about his own people dying of fentanyl overdoses doesn’t do this. https://t.co/5NRgIcbWOm

“Hillbilly Elegy” author J.D. Vance, who recently launched an exploratory committee for a potential Senate run next year, chimed in via Twitter that the reversal of the policy was “idiotic.”

“‘Remain in Mexico’ was one of the smartest immigration policies of the last 30 years,” Vance wrote. “A president who cares about his own people dying of fentanyl overdoses doesn’t do this.” 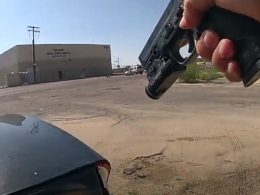 WARNING: The video below contains graphic images that may not be suitable for all audiences Tucson Police Officer… 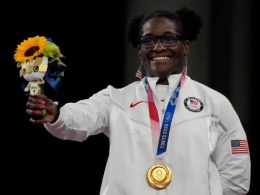 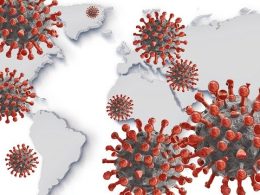 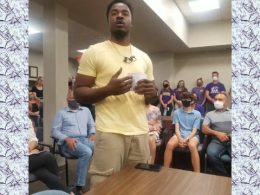