Illegal immigration isn’t just a boon for Democrats hoping for new voters — human traffickers are making a multibillion-dollar killing to keep them coming.

These smugglers were paid thousands of dollars per head to get men, women, children and even whole families across the U.S.-Mexico border, exacerbating the illegal immigration crisis and funding their criminal enterprises in the process.

The money is sometimes paid up-front to smugglers, but they frequently make a more sinister arrangement.

“Trafficking is a multibillion-dollar industry. A lot of these vulnerable populations use their life savings,” Roy Villareal, who recently retired as Border Patrol chief in Tucson, Arizona, told the news outlet.

“Some are essentially indentured servants and they’re working off this debt for a long period of time,” he said.

“In other cases, some of these migrants are asked to transport narcotics or some form of crime to work off a different part of their debt,” Villareal said.

Agency officials told Fox News that Mexican citizens accounted for $157.2 million of the total $411.5 million traffickers earned in February, usually by charging a fee of $5,000 to $6,000 per person.

Illegal immigrants from Central America coming through Mexico were also very good customers: Human traffickers collected $34.1 million for smuggling children from the region and $80.7 million for families, and single adults brought in $139.5 million.

Having recently toured the southern border to see the situation for himself, Florida Rep. Carlos Gimenez fleshed out the way these smugglers use the system and the unaccompanied minors trafficked in to get rich — and the collateral damage it causes.

“We estimate that the cartels, the multinational cartels are making close to half a billion dollars per month,” Gimenez said.

“They use these migrants to divert the customs and border protection agents to a certain section then they go ahead and rush the other sections that are unprotected, and they bring us drugs and all other kinds of mayhem that they bring,” he told Hilton of their strategy.

“This is actually great for the multinational cartels, it’s horrible for the migrants who are being, some that are being murdered on the other side of the border if they can’t come up with the money, they are being extorted, and they’re also being used if they get across, ‘Hey, you owe us $6,000, you’re now an indentured servant here in the United States until you pay us back,'” Gimenez said.

President Joe Biden won’t call what’s happening at the southern border a “crisis” despite mounting evidence of the human and economic toll.

The Biden administration’s egregious handling of illegal immigration is enriching criminals and causing a humanitarian crisis at the border — and the American people are footing the bill.

Aside from the other hidden costs of illegal immigration that could hit taxpayers for as much as $5 million per day, the Biden administration signed a six-month deal worth $86 million to set up welcoming sites for migrants at name-brand hotels.

The unaccompanied minors who aren’t as lucky are holed up in government border facilities in “terrible conditions,” according to Texas Democratic Rep. Henry Cuellar.

The media have been barred from these sites, but Project Veritas obtained photos from inside the facilities showing children lying on the floor using foil blankets for cover.

Here are the images @PressSec didn’t want you to see.

The administration inherited a mostly stable southern border but quickly turned it into a crisis.

It began with Biden reversing former President Donald Trump’s “Remain in Mexico” policy, meaning that those requesting asylum were admitted into the U.S. to wait for their hearings rather than being required to remain on the Mexican side of the border.

It will surely continue as Homeland Security Secretary Alejandro Mayorkas made an ill-advised promise to illegal immigrants.

“I hope they don’t undertake that perilous journey, but if they do, we will not expel that young child,” he said.

“We will care for that young child and unite that child with a responsible parent. That is who we are as a nation, and we can do it.”

Biden had also made an implicit promise, hinting that migrants would just have to wait for the nation to be able to handle the onslaught before flooding the borders.

“We’re in the process of getting set up … don’t leave your town or city or community,” he told ABC News’ George Stephanopoulos last week.

For years, opponents have speculated that Democrats wanted unchecked illegal immigration because it meant more potential voters for them.

This seems plausible as they will no doubt exploit the newcomers’ poverty and find a fresh audience to pit the new immigrants against the nation to which they willingly emigrated by pushing critical race theory and other leftist ideologies.

They’re already encouraging these unsuspecting people to break the law while enriching the worst kind of criminals who get rich in human trafficking.

There is no reason this should be happening except that Democrats find it politically expedient.

The left has already used people’s worst tendencies toward jealousy and resentment as political tools in race and class warfare.

They celebrate humanity’s worst vices and use them to control and manipulate people while distorting reality.

And now they’ve set up a system that drains the American coffers, lines the pockets of criminals and enslaves the very people their “compassionate” immigration policies purport to help.

Biden is overseeing a cataclysmic humanitarian disaster at the border, fraught with many unintended consequences that will destroy lives, exacerbate poverty and inspire criminality.

There’s no reason this should be happening — unless this is exactly the kind of societal transformation the left has been after. 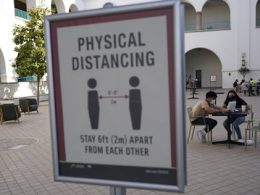 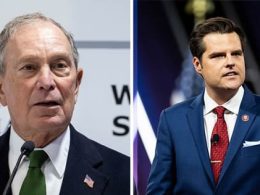 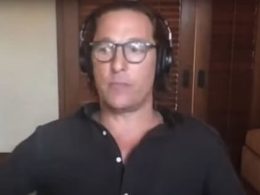 British Actor Russell Brand, interviewed Matthew McConaughey and began by asking whether he had noticed a ‘condemnation and… 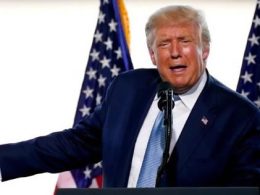