Billionaires Battled For A Spot On Bezos’ Rockets

The world’s billionaires have recently been rivaling over space travel and the best rocket design to get there.

Elon Musk has been launching rockets with his company, SpaceX, but Amazon billionaire Jeff Bezos is set to make the company’s first “space rollercoaster” ride in history.

The reusable rocket design is relatively simple and promises to take passengers safely into (almost) space. Like a rollercoaster, passengers will enjoy the ride up into space and back down to Earth. 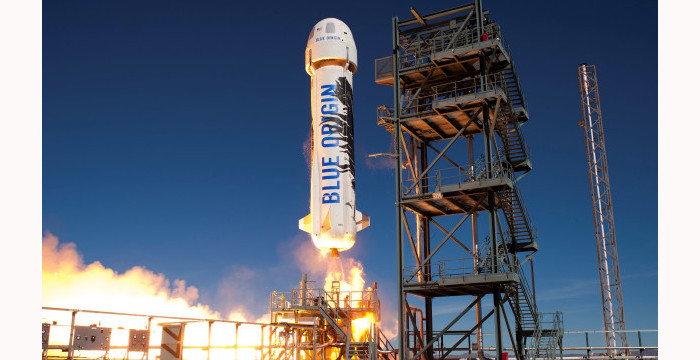 The space journey aboard “The New Shepard” will be short, at just 11 minutes long in total.

According to Blue Origin’s website, the company plans to launch its passengers more than 62 miles (100km) above the Earth’s surface. Riders will experience microgravity for a few moments at the peak of the ride before the capsule floats down, parachuting back to Earth.

The six-man capsule will only be two-thirds full when it launches on July 20. Two of the four passengers consist of Bezos and his brother Mark, the winning auction bidder and a yet-to-be-announced mystery person.

The auction bidder secured their place over the weekend with their winning bid of $28 million for a seat on the spacecraft, named “New Shepard,” after the first American and second person in space, Alan Shepard.

That’s right, for just over $2.7 million a minute, you too could’ve gone to space!

That price tag might be a bit steep for the average person, but the month-long auction drew nearly 7,600 people from 159 countries.

Bidding opened at just under $5 million on Saturday, the final day of the auction, but the final $28 million bid was made in less than six minutes.

After a month of online bidding, the auction began Saturday at $4.8 million and gradually increased for the first two minutes before reaching $10 million. Then, in the third minute, it doubled to $20 million.

“Realize the more you pay for it, the more you enjoy it!” said auctioneer Steve Little once the bidding reached $26 million.

The bidder’s identity will be released in the coming weeks as the flight is scheduled just fifteen days after Bezos steps down as Amazon’s CEO. The fourth and final person will be announced shortly after.

“The winning bid amount will be donated to Blue Origin’s foundation, @ClubforFuture,” Blue Origin, the Bezos space company, tweeted. Its mission is to inspire future generations to pursue STEM careers and to contribute to the creation of the future of life in space.

The winning bid amount will be donated to Blue Origin’s foundation, @clubforfuture, to inspire future generations to pursue careers in STEM and help invent the future of life in space. #GradatimFerociter pic.twitter.com/mskDvn0ULa

The New Shepard spacecraft has completed over a dozen successful missions without a crew. The craft’s massive windows are intended to provide space tourists with unforgettable views of Earth’s curvature.

Maybe a flat Earther makes it on board and can help put those conspiracy theories to rest, once and for all! 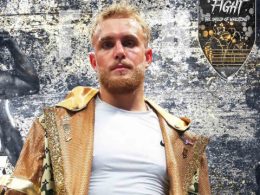 Jake Paul, a Youtube Vlogger, Disney Channel actor, and amateur boxer, is currently facing up to a year in jail… 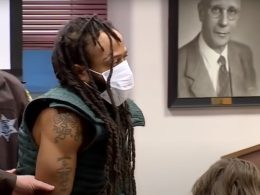 Darrell Brooks Jr. is the suspect in the horrific Waukesha parade massacre, where he allegedly killed six and… 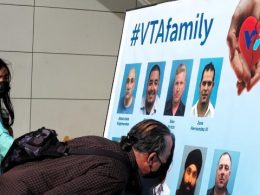 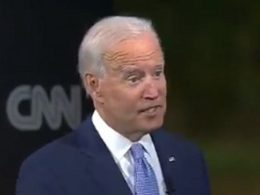 If Hollywood celebrities can convince President Joe Biden to shut down the Dakota Access Pipeline, farmers and consumers…
Total
1
Share