The co-founder of the polarizing Black Lives Matter movement is under fire for buying a $1.4 million home in a posh California neighborhood that’s 88 percent white.

It’s an interesting decision for Patrisse Cullors, a self-professed Marxist and race-baiting activist who has paid lip service to promoting black pride.

According to Dirt.com, the home is located in Topanga Canyon, an idyllic rustic neighborhood about 48 minutes outside of Los Angeles and less than 30 minutes from tony Malibu.

Cullors’ new home has three bedrooms and two baths and sits on one-quarter of an acre. The property also has a separate one-bedroom, one-bathroom guest house.

But what is most interesting is that the BLM co-founder chose to live in Topanga, where less than 2 percent of the population is black.

“Black Lives Matter founder buys $1.4 million home in Topanga, which has a black population of 1.4%. She’s with her people!” he tweeted Friday.

Black Lives Matter founder buys $1.4 million home in Topanga, which has a black population of 1.4%. She’s with her people! https://t.co/HIGZsV7Cj4

Whitlock pointed out that Cullors could have lived anywhere, and in fact, she could’ve made an important political statement if she had chosen to live in a predominantly black neighborhood. But she didn’t.

And that says something about whether she truly believes that “black lives matter.”

“She had a lot of options on where to live. She chose one of the whitest places in California,” Whitlock said.

“She’ll have her pick of white cops and white people to complain about. That’s a choice, bro.”

Do you even comprehend my take? She had a lot of options on where to live. She chose one of the whitest places in California. She’ll have her pick of white cops and white people to complain about. That’s a choice, bro. https://t.co/rBkOnSjb4u

For somebody that claims to love Black people, it’s kinda strange that she chose a place to live that’s practically devoid of Black people🤔 pic.twitter.com/UluZTLfxNs

This backlash is reminiscent of when former President Barack Obama — who perfected the art of sowing racial division — purchased an $11.8 million mansion on a sprawling 29-acre property on Martha’s Vineyard, which is only 3 percent black.

Some on social media said Cullors exploited the Black Lives Matter movement to enrich herself.

She capitalized on that “Injustice against Black People” bag. They’ve been scamming since day 1

Not only that. Why is she getting rich off BLM movement? Shouldn’t this money be going to black neighbourhoods and struggling black families?

Black Lives Matter co-founder Patrisse Khan-Cullors just purchased a million dollar mansion. She pimped the murders of Black folks, especially Black men and boys to get that mansion. BLM founders are after the bag. They don’t care about Black people. That’s why it’s time to purge

However, there’s mounting criticism that the movement — which fomented riots across the United States — has not shared its massive haul with the black community.

Last month, the father of Michael Brown — whose 2014 shooting by a police officer in Ferguson, Missouri, was the catalyst for the 2016 BLM riots — demanded that the group fork over $20 million to him.

What is Black Lives Matter doing with all the money they’re accumulating if not helping their local chapters and Black-owned businesses to advance?

Similarly, BLM chapters nationwide have demanded more transparency from the centralized umbrella organization for the group.

In a December 2020 statement, the local chapters said: “Since the establishment of [Black Lives Matter Global Network Foundation], our chapters have consistently raised concerns about financial transparency, decision making, and accountability … we believe public accountability has become necessary.”

The local chapters also said the Black Lives Matter Global Network Foundation appointed Cullors as its executive director against their wishes and without their knowledge, rendering her leadership illegitimate.

“We, the undersigned chapters, believe that all of these events occurred without democracy, and assert that it was without the knowledge of the majority of Black Lives Matters chapters across the country and world,” the statement read.

“Patrisse Cullors … became Executive Director against the will of most chapters and without their knowledge.”

Considering how much havoc BLM wreaked nationwide over the past few months, you can only imagine how ugly the group’s in-fighting will get. 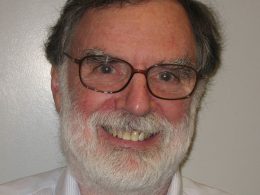 It’s Organic Chemistry, folks! This fact must be emphasized to frame the issue at hand adequately. With this in… 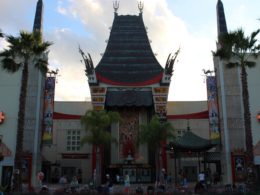 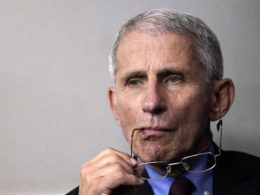 The smug, narcissistic gnome partly responsible for the dark veil of tyranny that draped the U.S. during the… 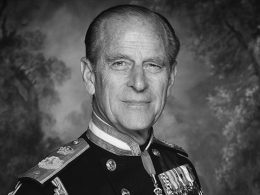 Tragically Queen Elizabeth lost her husband and the British people their Prince. The Palace issued a statement saying,…
Total
48
Share