A Border Patrol campaign to hire additional agents with the prospect of a five-figure signing bonus has been unsuccessful. The failed initiative has led U.S. Customs and Border Protection, which oversees the Border Patrol, to double the money it pays new personnel.

CBP’s assistant commissioner for human resources management, Andrea Bright, stated, “To address the unprecedented hiring and recruiting challenges for law enforcement agencies, we are offering a $10,000 recruitment incentive for all newly appointed Border Patrol Agents who successfully complete the academy and another $10,000 if the Agent completes two years at a designated remote location.”

The dramatic increase suggests that the agency’s initial offers of $5,000 for completing the five-month academy and another $5,000 if stationed in specific remote locations along the southern border were insufficient to entice job seekers to join it at a time when morale was low. Staffing levels at the Border Patrol have declined amid the worst situation involving illegal immigration in American history.

According to the Washington Examiner, agents have claimed the physical workload and the transition from the policies of former President Trump to those of Joe Biden have been tough. Additionally, Biden has stigmatized agents for upholding immigration rules that lawmakers like him passed in Congress.

In early 2021, Border Patrol agents were shifted away from working the field to accepting immigrants who turn themselves in after being escorted across the border in large groups by traffickers. Agents transport, intake, feed and even care for detained adults, kids, and infants. Most immigrants caught entering the country illegally from Mexico in recent months have not been sent back to Mexico; instead, they have been allowed to stay in the U.S. 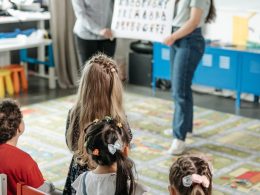 School District Teaches 7-Year-Olds They Can Choose Their Gender

The Edmonds (WA) School District (ESD) is reportedly teaching gender identity propaganda to seven-year-olds, even asking them to… The remains of five infants victim to late-term abortion were discovered by pro-life activists in Washington D.C. last… Democrats have twisted the simple act of wearing a mask into a convoluted crusade full of hypocrites, idiots… 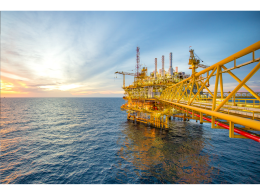 Americans can’t catch a break at the gas pump so the Biden administration responded by sending U.S. oil…
Total
7
Share