U.S. Customs and Border Protection agents arrested 11 Iranian nationals in Arizona this past week after President Joe Biden issued a series of executive orders which curtailed Trump administration policies that made security on the country’s border with Mexico a national priority.

Chief Patrol Agent Chris T. Clem, who is based out of the Yuma sector, announced the arrests on Twitter.

CPB expounded on the situation in a media release.

“At approximately 6 p.m., [Border Patrol] agents encountered the group near San Luis, Arizona, on a bridge near County 21st Street and the Salinity Canal,” U.S. Customs and Border Protection announced. “Agents determined the group had illegally crossed the international border into the U.S.”

CPB added that out of those arrested, five were female and six were male.

Noting Iran is a “Special Interest Country,” the agency added that “agents regularly encounter people from all over the world,” before noting: “For the last two fiscal years, Yuma Sector Border Patrol agents have led the nation in apprehending illegal crossers from Iran.”

What is a person from a “Special Interest Country,” you might ask? According to the Department of Homeland Security, people from such areas are specially monitored, as they potentially pose a greater risk for being connected to terrorism.

“The threat is real. The number of terror-watchlisted individuals encountered at our Southern Border has increased over the last two years. The exact number is sensitive and details about these cases are extremely sensitive. But I am sure all Americans would agree that even one terrorist reaching our borders is one too many,” DHS stated in 2019.

It isn’t clear if the individuals arrested in San Luis are in any way connected to terrorism, but DHS previously offered another sobering fact.

“Overall, we stop on average 10 individuals on the terrorist watchlist per day from traveling to or entering the United States—and more than 3,700 in Fiscal Year 2017. Most of these individuals are trying to enter the U.S. by air, but we must also be focused on stopping those who try to get in by land,” the department previously stated.

Or perhaps something more nefarious is going on.

This is the issue with Biden, and indeed all Democrats, with regard to national and border security. The entire world knows that Democrats don’t prioritize security on the country’s border with Mexico.

It’s now open season as the caravans from Central America head north with nothing to stop them but, once they arrive, an order to show up for court to have their immigration case heard. It’s also arguable that Mexico is an easy place to enter, especially if one has the right connections and a will to travel. The drug cartels run much of the country, and they’re known for pushing drugs, guns and people into the U.S.

What’s to stop a group of 11 international terrorists from blending in?

The cartels aren’t made up of people who live by a code of ethics, or have an interest in the safety and security of the American people, especially when you look at the brutality they’re capable of. Is there anything preventing a potentially dangerous terror cell from taking advantage of the situation?

After Biden’s takeover by way of executive orders, it certainly doesn’t appear so.

Biden these past few weeks has essentially signaled that the border is back open to all, despite the criminal organizations which salivate at the thought of lax security on the border.

There are also states like Iran which sponsor terrorism and which would love nothing more than an opportunity to plant a group of people in the country who are motivated to carry out acts of unthinkable violence.

That opportunity now seems ripe for the taking.

The only thing seemingly standing between the American people and those motivated by waging jihad are the brave men and women who work every day to secure our border. Those men and women apparently don’t have any support from those in Washington — not after Biden was inaugurated on Jan. 20.

We don’t know why 11 Iranians were caught crossing the border. But the fact that they were able to make it to a bridge in San Luis should concern everyone. 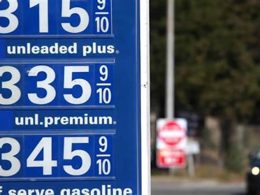 Expert: Gas Prices Have Surged 18% Since Election, Could Skyrocket to $4 Under Biden 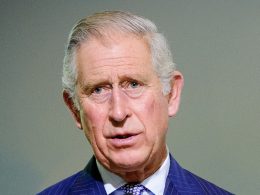 While time may not always heal, it does reveal the truth — like the fact that Prince Charles… 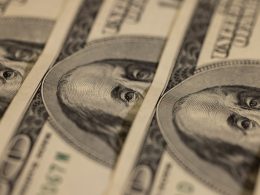 Biden Falsely Claims That Inflation is Worse in Other Countries

On Tuesday, during Biden’s speech to the union bosses at AFL-CIO, he stated, “Under my plan for the economy,… 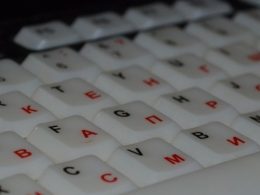