About a month after his body was found, Brian Laundrie’s manner of death was finally released. His death has been ruled a suicide by a self-inflicted gunshot to the head.

A routine autopsy was conducted shortly after his remains were located on October 20. The results were inconclusive and subsequently sent off to a forensic anthropologist for analysis.

Laundrie’s body was described as skeletal remains and was identified through dental records. Forensic anthropologists specialize in getting answers about the end of someone’s life when they are not obvious.

The Laundrie’s family attorney Steve Bertolino provided the results to news outlets. He told WFLA, “Chris and Roberta Laundrie have been informed that the cause of death was a gunshot wound to the head and the manner of death was suicide. Chris and Roberta are still mourning the loss of their son and are hopeful that these findings bring closure to both families.”

Laundrie made headlines in September as the primary person of interest in his girlfriend’s disappearance. Laundrie and Gabby Petito went vacationing together when Petito went missing.

Though still not a suspect at the time, an arrest warrant was issued for Laundrie on September 23. He used a debit card that wasn’t his, allowing authorities to issue the warrant so that any police authority could detain Laundrie on sight.

It wasn’t until Laundrie’s parents searched for their son that his remains were found. They’d provided authorities with the details of their son’s location, but authorities were unable to locate him on their own.

Though items belonging to Laundrie were found, there have been no reports of finding a gun.

If Brian Laundrie shot himself, what happened to the gun? Don't remember them saying they found one.

A waterlogged notebook was discovered that investigators hope will reveal more insight into the tragic events that led to both deaths.

“We have experts who really spend their careers doing things like drying out paper evidence, trying to recover the writing and the ink marks, and potentially fingerprints, and all sorts of potentially relevant pieces of evidence from an article just like this,” explained Former FBI Deputy Director Andrew McCabe. “In terms of understanding Laundrie’s motive, his feeling about Petito, maybe event any kind of notes or comments he may have made about the events—that notebook could shed a lot of light on those issues.” 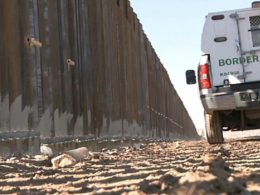 In a letter to congressional committee leaders, the Southern Border Communities Coalition (SBCC) has revealed a shadow police…
byRiiver Nihil 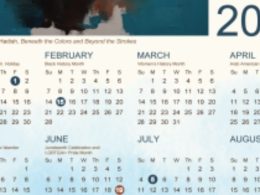 Yes, I get it. King County, Washington, is home to Seattle. That means its Office of Equity and…
byRiiver Nihil 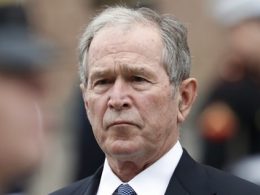 In a reported move certain to infuriate many conservatives, former President George W. Bush is said to have…
byRiiver Nihil 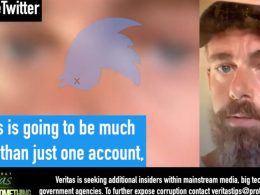 Jack Dorsey was secretly recorded by a whistleblower inside Twitter, one of several who have apparently been contacting…
byRiiver Nihil
Total
0
Share