The highest-profile transgender person in the world just so happens to also be one of the most successful Olympic athletes in United States history.

Jenner, formerly Bruce, is running as a Republican in the November recall election to potentially replace Democrat California Gov. Gavin Newsom. Thanks to his own celebrity status and his role in the Kardashian family, Jenner has generated more publicity than the other GOP entrants — most notably San Diego Mayor Kevin Faulconer and businessman John Cox, who ran against Newsom in 2018.

I’m in! California is worth fighting for. Visit https://t.co/a1SfOAMZQ3 to follow or donate today. #RecallNewsom pic.twitter.com/9yCck3KK4D

Jenner’s decision to run as a Republican has been fun to observe for a number of reasons:

Since Jenner began publicly identifying as a woman in 2015, he’s been seen as a brave societal trail-blazer. Then, people remember that he’s been a member of the Grand Ol’ Party since well before any of us knew what a Kardashian was or why we’d want to keep up with one. (Many of us still struggle with that last bit.) Then, Caitlyn is a reactionary glory-hunter and a shameless reality TV star who ought to stick to his lane — that lane, assumedly, being a totemic puppet for transgender causes.

Likewise, it’s edifying when Jenner reminds us all he’s not beholden to the dogma of the left, including on trans issues.

He reminded us of that again on Saturday, when TMZ ambushed the gubernatorial candidate in a Malibu parking lot — as is TMZ’s wont — and asked the 1976 Olympic decathlon gold medalist whether it was fair if teenage boys competed in high school girls’ sports.

“This is a question of fairness,” Jenner said.

And cue internet outrage in three … two … one …:

Jenner didn’t back down from the statement or couch it in more nuance after it appeared on TMZ the following morning, merely saying he been caught unawares:

“I didn’t expect to get asked this on my Saturday morning coffee run, but I’m clear about where I stand,” he wrote on Twitter.

“It’s an issue of fairness and we need to protect girls’ sports in our schools.”

I didn’t expect to get asked this on my Saturday morning coffee run, but I’m clear about where I stand. It’s an issue of fairness and we need to protect girls’ sports in our schools.https://t.co/YODLDQ3csP

Nobody expects the TMZ inquisition. The Twitter inquisition, on the other hand, practically announces itself before an actionable comment is made, sending up a calling card like an English gentleman of the Victorian Era, letting you know its about to arrive. Unlike an English gentleman, the Twitter inquisition then kicks in your door whether you receive it or not, ransacks your drawing room and later announces that you had it coming.

Shakina Nayfack, another trans activist and TV star of a more modest profile than Jenner, called him out for being “classically uninformed, wildly privileged, and tragically self-hating.” 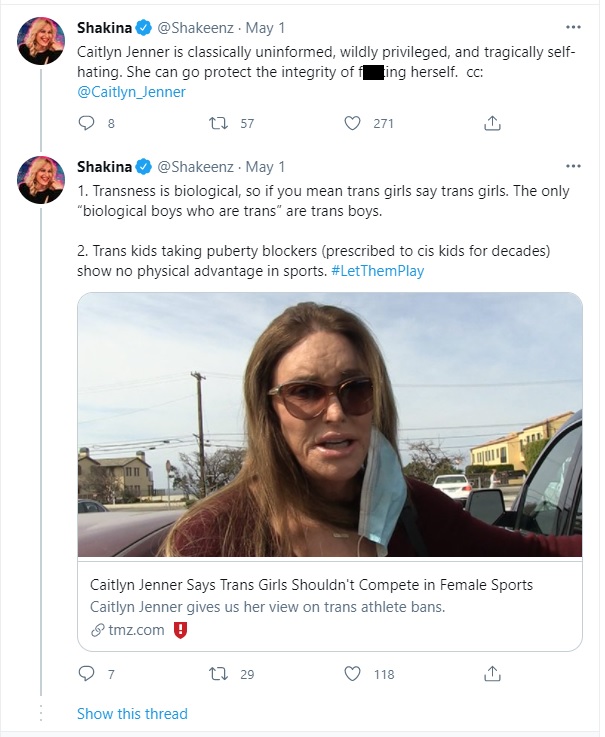 “1. Transness is biological, so if you mean trans girls say trans girls. The only ‘biological boys who are trans’ are trans boys,” Shakina wrote.

By the way, Shakina is wrong on both counts.

If “transness” was purely biological it would not be the matter of controversy it is now. The fact that millennia of human history have included stories of men and women, but have not included debates about whether those born men are actually women, or those born women are actually men, indicates the whole idea is a social construct of relatively new vintage.

Less obvious, but equally inaccurate was the effectiveness of puberty blockers, just in case you were wondering.

According to a 2015 paper on the subject, “cis kids” take puberty blockers for two conditions that don’t require long-term use: Central precocious puberty, which is when puberty arrives too early; and for potentially increasing girls’ height when they reach adulthood, though the authors warned that “evidence to support this practice is lacking.”

It’s also worth noting states have different preconditions for trans boys to compete in girls sports, although they don’t necessarily involve puberty blockers.

But then, there’s no real evidence either way, all things considered. Consider this paragraph from U.K. leftist rag The Guardian’s story on Jenner’s comment:

“In March, the International Federation of Sports Medicine (IFSM), which represents 125,000 physicians in 117 countries, said data is scant on the advantages or otherwise of trans athletes, but that each sport needed rules to meet its own physical demands.” [Emphasis ours.]

That kind of nuance isn’t exactly conveyable in 280 characters or less, and one assumes Shakina wouldn’t have included it anyway, so his followers assume he owned the “tragically self-hating” Jenner.

Trinity “The Tuck” Taylor is another TV personality whose profile is almost non-existent among the mainstream population — and even the most glazed-eyed, slack-jawed reality television consumers would likely search what remaining grey matter they have for some time before they place him as a contestant on Season Nine of “RuPaul’s Drag Race.”

His argument seemed to be this: “You’ve got short men and tall women, muscular females and scrawny males. Q.E.D. STOP THE HATE.”

A trans girl is a girl. A trans boy is a boy. Everyones built different no matter what gender you are. Theres very small framed people and also larger framed muscular people all across the spectrum! STOP finding ways to delegitimize someone’s gender. SHAME ON U @Caitlyn_Jenner https://t.co/ppcAh9ThqU

And here’s LGBT activist Charlotte Clymer, because of course she has an opinion (and her Twitter followers include former President Barack Obama and Democratic Rep. Alexandria Ocasio-Cortez):

“Caitlyn Jenner completely fails to understand the science here. This has not been a problem. The GOP is fabricating this issue and funding Jenner to claim this nonsense. She is about as credible as any paid shill.”

Caitlyn Jenner completely fails to understand the science here. This has not been a problem. The GOP is fabricating this issue and funding Jenner to claim this nonsense. She is about as credible as any paid shill. https://t.co/LWGHGC4ENi

Yes, every issue by the GOP is fabricated, completely unlike President Joe Biden’s brave decision to go after the scourge of “ghost guns” pouring on to our streets, completely untraceable. Don’t know what “ghost guns” are? That’s just because activist gun-control groups are actually fabricating that issue and funding Democrats to claim that nonsense. But I digress.

What matter is that Jenner’s opinion is important because he’s done every trans activist and ally you can find on Twitter lambasting Jenner hasn’t done:

Win an Olympic medal, reach the upper echelon of sport — not just decathlon, mind you, but any American sport in the 1970s — start identifying as a woman, undergo surgeries and treatments germane to the issue, and then say, yes, men hold a biological advantage to women in athletics even when the pharmacological and surgical nostrums of woke medicine are taken into account.

Remember how leftists say we’re supposed to trust the lived experiences of trans individuals? Haha, NVM. Burn the heretic at the stake.

And by the way, this isn’t a fabricated issue.

In a case out of Connecticut, four former girls high school track athletes have a lawsuit going through the court system regarding boys competing in girls’ sports.

The case was again dismissed late last month, but the young women — who are represented by the Alliance Defending Freedom — were suing because two boys who identified as girls began competing in 2017 after the Connecticut Interscholastic Athletic Conference allowed trans individuals to compete in sporting events based on their gender identification. The women plan to appeal.

“Between them, [the boys] have taken 15 women’s state championship titles (titles held in 2016 by nine different Connecticut girls) and have taken more than 85 opportunities to participate in higher level competitions from female track athletes in the 2017, 2018, and 2019 seasons alone,” the ADF noted.

But there’s nothing to indicate young men might do better than young women at girls’ sports, right?

Caitlyn Jenner is following the science — and it makes trans individuals and allies absolutely furious that he’s pointing it out. The Twitter inquisition isn’t going to silence the heretic, however, and neither is anyone on the woke left. Good.

Jenner might not be the candidate traditionalist and establishmentarian conservatives want right now, but the more we see of him, the more he looks like the candidate we need. What he said may be wildly unpopular in California — but no one can deny his standing to say it.

And it’s what California, and the rest of the country, needs to hear. 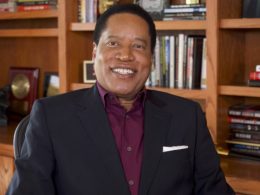 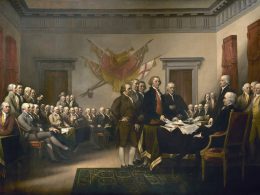 NPR Throws Taxpayer’s Dollars in Americans’ Faces, Talking Equity Instead of Liberty on 4th of July

The selfish radicals in charge of taxpayer-funded NPR have insulted the Americans who pay for their existence, by… 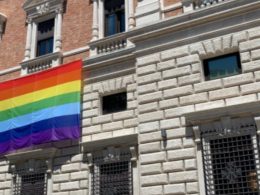 US Embassies Fly LGBT Flag with Biden Admin’s Blessing, Including at the Vatican

The U.S. Embassy to the Holy See announced its celebration of Pride Month with the display of a… 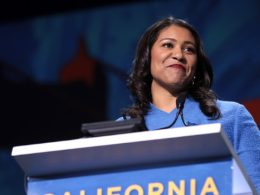