A California middle school teacher who recently admitted to stalking students’ internet behavior to recruit candidates for an LGBTQ club stated her comments were made in jest. Lori Caldeira and Kelly Baraki, both of Buena Vista Middle School, sparked outrage in the Spreckels Union School District after talking about their recruiting strategy at an LGBTQ conference in October.

At the meeting, Caldeira said, “When we were doing our virtual learning — we totally stalked what they were doing on Google, when they weren’t doing schoolwork. One of them was Googling ‘Trans Day of Visibility.’ And we’re like, ‘Check.’ We’re going to invite that kid when we get back on campus.” Her comments were recorded and forwarded to journalist Abigail Shrier, who first broke the story on Substack.

The instructors have since been placed on administrative leave, and the school’s LGBTQ club, You Be You, has been suspended as an internal investigation is conducted.

In her first public statement since the incident, one of the instructors told the San Francisco Chronicle that she and her colleague did not set out to spy on children and were using school-district approved tracking software. The software became popular at the beginning of remote learning and allowed teachers to monitor what students are doing online to avoid online misbehavior.

Caldeira stated, “I see a site that’s emblazoned with rainbows. How am I not going to notice that?” Caldeira and Baraki also admitted to intentionally limiting documentation of the club and its members to keep parental awareness to a minimum.

Some parents opposed the teachers’ approach, claiming that they were seeking to replace parents as the key influences in their children’s life. However, the teachers argue that social media platforms were already influencing the children and that they were only responding to pre-existing questions rather than creating them.

Caldeira explained to the Chronicle, “Their parents think we start that conversation, but we don’t. TikTok starts it, Snapchat starts it, Instagram starts it, or their classmates start it, and then we just try to answer the questions as honestly and fairly as we can.” She continued, “Can you imagine? Seriously, we have kids in our club right now who are out at school, (but) they’re not out at home. The only two teachers that they have ever spoken to have been taken away.”

Both teachers expressed concern for the club’s members’ well-being since it has been disbanded, claiming the organization provided a forum for students who felt uncomfortable discussing LGBTQ issues at home. The school district hasn’t a date for its investigation or the possibility of the club and the teachers being reinstated.

Predictably, both women claim to have been threatened and are now scared to leave their homes. 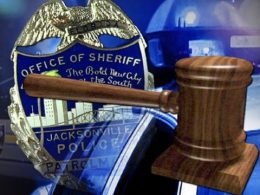 Jacksonville Officer Attacked After Responding To A Call

Disclaimer: There have been conflicting reports on the weapon the officer in this article had on him. The… 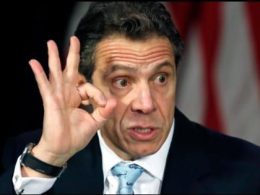 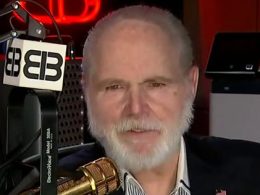 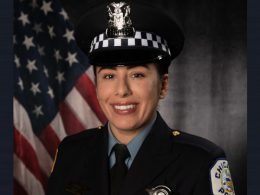 Officer Ella French has been honored and memorialized since her murder while on duty in Chicago. However, one…
Total
22
Share