Kids enrolled in Dallas Catholic schools are still having to comply with mask mandates, and parents are not happy. Three fathers who are frustrated with the diocese rented billboard trucks to protest the school’s mask mandate.

The images and slogans on the billboards read:

”Less Than 1% Of Kids At Dallas Diocese Schools Have Had Covid. Why Mandate Masks?”

“No Logic. Your Kids Must Wear Masks At School But Not At Sunday Mass.”

One of the billboards depicts an image of students wearing masks, while another shows a graph of declining covid hospitalizations. The billboards also claim that these students have worn masks for 357 hours this school year.

On August 9, just one day before the start of the school year, parents received a letter stating all students would be required to wear masks.

According to The Daily Wire, “The letter cited the ‘clear and present danger for unvaccinated children’ from the Delta variant of COVID-19 as well as rising virus cases in Texas.”

The Diocese of Dallas Catholic Schools operates 31 campuses with 1500 students.

Upset parents repeatedly called to complain to the school but didn’t hear an immediate response. One father finally received a response from the Superintendent on August 12. The email stated:

“We understand that you disagree with the situation and the logic, and it doesn’t appear that further communication will be productive.”

Hundreds of parents formed the group, Parents of Dallas Diocese (DDS), and garnered 1500 signatures for a petition against the mandate. The group even researched Covid data and provided an alternative mask policy to the diocese, but nothing changed.

At one protest, someone held a sign that said: “stop the child abuse.” The diocese called a meeting with the three fathers and threatened to expel their children if they didn’t back down from opposing the mandate. The diocese claims some parents’ actions were disruptive.

The schools claim they offered refunds to families who did not want to comply with the mandate, but families say they had not heard about any refund. A spokesperson for DDS said, “Parents have been frustrated as to the lack of response and transparency, and everyone has simply had enough.”

The schools have relaxed mandates for high school, but parents are still advocating and fighting for their younger students. 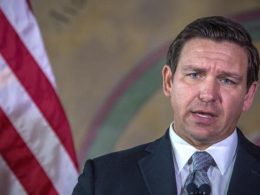 Florida Schools May Be “Back To Normal” Soon 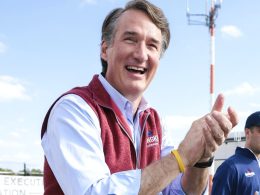 After a battle for the nation’s morality was on trial, Glenn Youngkin beat the Democratic candidate for Governor…
bySarah Abrams 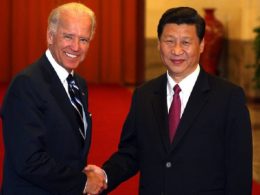 According to the National Post, evidence was uncovered that Joe Biden is again intimately compromised by the Chinese…
bySarah Abrams 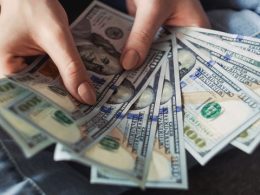