At the Catholic University of America, paintings depicting George Floyd as Jesus Christ are hanging in the campus ministry and the law school. The paintings are meant to imitate Michelangelo’s immortal “Pieta.“ In the original work of art, Jesus is being held by his mother, Mary, after his crucifixion.

The artist of the new painting is Kelly Latimore.

He calls his version of the painting Mama. He created the painting in June 2020, following the death of George Floyd. A spokesperson for Latimore said, “Mama is done as a pieta,” and shows “a mother with her son of color who was unjustly murdered by the state.”

During an interview with The Christian Century, Latimore stated, “It was commissioned by my partner Evie Schoenherr as a way to mourn George Floyd.” He added that he often gets questioned about whether it is depicting Floyd or Jesus. Latimore says he answers “yes,” and that the “nonanswer frustrated the hell out of a lot of people.”

The vice president for the university’s communications said, “You can identify Jesus by the marks in the halo.”

Several students expressed anger and frustration at the art displays. One student admitted that several students and staff are concerned but fear they’ll be labeled “racists” if they bring up their concerns. Other students called the display blasphemous and noted it has no place in a Catholic university.

“George Floyd is not Jesus Christ. … He is not a saint, nor a martyr, and to, in any way, compare him to the sinless son of Almighty God is to do a damning disservice to the vast majority of Catholics and Catholic theology… It is damning anywhere, but especially at *THE* Catholic University of America, where this painting was purchased, unveiled, and hung up without input from student leaders.”

The students wished to remain anonymous for fear of backlash from school administrators.

On Friday, the university released a report documenting the university’s culture and practices “on matters of diversity and inclusion.” In March, the university held a ceremony to celebrate the unveiling of the painting. The campus ministry chaplain has marched with BLM and banned Abby Johnson from speaking at the pro-life club on campus. 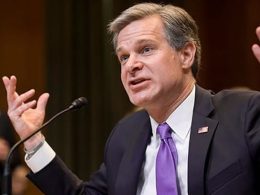 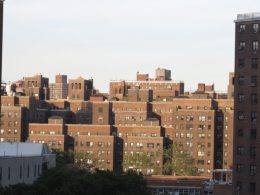 For the fourth year in a row, the New York City Housing Authority (NYCHA) has been named the… 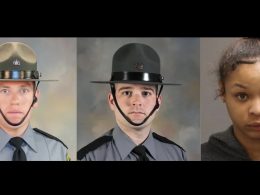 Following a crash on I-95 in South Philadelphia that killed two state troopers and a pedestrian, Pennsylvania State… 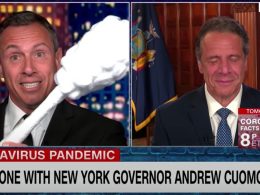 Former CNN host Chris Cuomo is demanding $125 million from the television network, claiming his character has been…
Total
20
Share