The Chinese Communist Party (CCP) has been exploiting the U.S. justice system to advance its own calculated agenda to destroy America, weaponizing its legal system through the infiltration of Federal agencies like the Department of Justice (DOJ), FBI, Securities and Exchange Commission (SEC), as well as judges and law firms.

Its hostile lawfare tactic is most apparent in the CCP’s illicit persecution of its most wanted enemy, dissident and asylum-seeker, Mr. Miles Guo.

Guo started the massive Chinese Whistleblower Movement, with over 500 million freedom-loving people. This includes silent defectors as well as prominent members of the People’s Republic of China and the military who are all dedicated to taking down the CCP.

The DOJ has already identified and convicted several key players working to carry out the CCP’s agenda: the same people who have been trying to silence Mr. Guo and the Whistleblowers through bribery, extortion, and espionage.

As the highest-profile defector from Communist China, Guo is an invaluable asset of unparalleled strategic importance to U.S. national security. Guo has spent nearly three decades inside the small yet exclusive circle of both past and present CCP decision-makers, accumulating personal knowledge of the CCP’s most hidden secrets that are indispensable to our understanding of the CCP.
The United States Trustee’s Office (UST), a branch of the DOJ, is aware of the DOJ’s activities to convict those attempting to destroy Guo for the CCP. Nevertheless, on June 15, 2022, the UST unilaterally removed a fully vetted trustee appointee, and instead appointed Luc A. Despins, a Partner of Paul Hastings, LLC — a firm that has done significant business representing CCP-controlled state entities.
According to Real America’s Voice, when the UST was asked to explain their rationale, it refused to answer, citing “government privilege.” 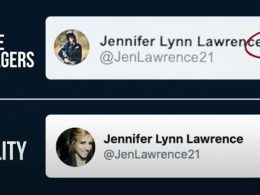 The Trump defense lawyers took the floor of the US Senate on Friday. It was time to show… 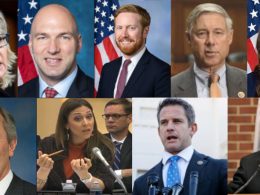 The witch hunt continues into the Trump Administration, and all of its allies as the January 6 Committee…

Michael Brown’s Dad Tells BLM to Put Up or Shut Up, Demands $20 Million

And the grift goes on. Since re-emerging as a public relations powerhouse with the 2020 riots over the… 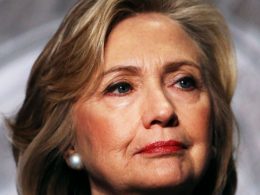