Hundreds of churches throughout Virginia will begin showing a political video starring Vice President Kamala Harris asking viewers to vote for Terry McAuliffe for governor. The video raised concerns about the constitutionality of the ad being broadcast in places of worship.

In the clip, Harris said, “I believe that my friend Terry McAuliffe is the leader Virginia needs at this moment.” She went on to praise McAuliffe’s “long track record of getting things done for the people of Virginia.”

McAuliffe was governor of Virginia from 2014 to 2018 and is now in a close race with Republican businessman and Richmond native Glenn Youngkin. McAuliffe leads Youngkin by 2.2 percentage points in the RealClearPolitics average of surveys collected since the beginning of October.

“The law prohibits political campaign activity by charities and churches by defining a 501(c)(3) organization as one ‘which does not participate in, or intervene in (including the publishing or distributing of statements), any political campaign on behalf of (or in opposition to) any candidate for public office.’ “

In an interview with The Christian Post, Rob Boston of the secular advocacy organization, Americans United for Separation of Church and State said that political campaigning during a worship service goes against the Johnson Amendment, which he stated “protects the integrity of tax-exempt nonprofit groups, including houses of worship, by ensuring they don’t endorse or oppose candidates for public office. No one wants their charities and houses of worship to be torn apart by partisan campaign politics.”

Boston also said, “Houses of worship and other nonprofits are not allowed to intervene in partisan elections. It doesn’t matter if they’re doing it on behalf of Democrats or Republicans.”

The Secular Coalition for America also slammed the campaign ad on Twitter, saying, “Using religious institutions for politicking is not new nor is it a feature of a single party or theology. It is a bipartisan problem that’s been frequent during the VA gubernatorial campaign. We condemn this inappropriate mixing of government, politics, and religion.” 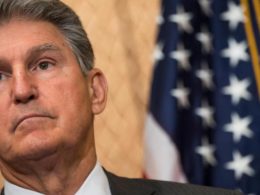 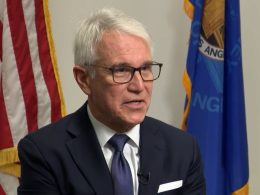 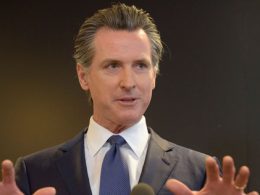 California Governor Gavin Newsom called for Hollywood productions in Georgia and Oklahoma to move back to the state.… 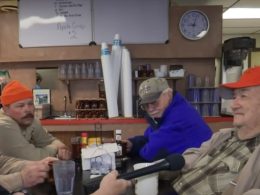 “My body, my choice.” The slogan has been used a million times in a million ways, most notably…
Total
25
Share