As a civil rights attorney, Leo Terrell knows a wrong when he sees it.

But the monstrosity of the COVID “relief” bill signed by President Joe Biden last week has one glaring wrong that even non-lawyers should understand:

It includes billions of taxpayer dollars for farmers based solely on the color of their skin — and Terrell clearly detests it.

“And what the Democrats have done with this bill, they have turned the farming industry into inequality — I want every one of your viewers to understand what happened.

“If you’re white and you need financial help and you’re a farmer, you don’t get it,” Terrell said.

“Not because you don’t need the help, but because of skin color,” Terrell said. “And then you flip it over. And if you’re black, brown or yellow, regardless, because of your skin color, you get the help. That is racist, it’s unfair, it’s what we fought against for hundreds of years.”

Check it out here:

As CBS News reported Thursday, the bill contains $5 billion for “farmers of color” — $4 billion to pay off or forgive direct or guaranteed loans, and another $1 billion for “farmer grants, college scholarships and other efforts for minority growers.”

Terrell, an African-American himself, and one who has no problem taking on the racial orthodoxy of the politically correct establishment, called that out for the racism it is.

“They have turned racism upside down and now it’s the Democrats who talk a good game about equality. They’re the racists,” Terrell said.

The law, he said, is blatantly unconstitutional.

“It violates the equal protection and my heart goes out to farmers, regardless of color, because they are being discriminated against. When did the farm industry become a source of racial discrimination?” he asked.

In the liberal-dominated social media world, Terrell got plenty of pushback, of course. But he also got plenty of support from conservative (or just sane) Americans who haven’t abandoned the idea of equality that’s at the heart of the country’s foundation.

Amazingly they claim unity and believe no bias. Why do we celebrate anything? black history, women, hispanic & Asian heritage, LGBTQI ? We are a nation of no bias! This bill is their way of reparations and it’s just the beginning!

More than 50 years ago, the Civil Rights Act of 1964 and Voting Rights Act of 1965 became law — over strenuous opposition from Southern Democrats. The acts were aimed at destroying Jim Crow laws, the legal obscenities created by the Democratic Party of the South to enshrine into law discrimination on the basis of skin color.

And all of that was a century after the country fought a war – led by Abraham Lincoln, its first Republican president – to destroy the institution of slavery in the Democratic South.

In the United States of 2021, the Democratic Party has used a bill ostensibly aimed at coronavirus relief measures to enshrine into law discrimination on the basis of skin color.

Only a progressive could call that “progress.”

And no American needs to be a lawyer to understand that it’s wrong. Bruce Springsteen is no fan of former President Donald Trump; he has been trashing him for years.  Now…

In July, supposedly as a method of combating the spread of COVID-19, the California Department of Public Health… 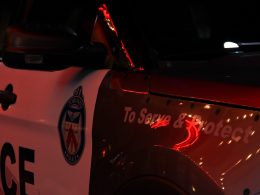 There’s the recent story of an RCMP Mountie, who retired in protest, after eight years on Canadian PM… 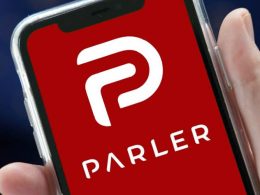 BREAKING: Parler – The Free Speech Social Media App – Is Back