CNN Decided, Without a Jury’s Decision, That George Floyd’s Death Was a ‘Killing’

On Tuesday, former Minneapolis cop Derek Chauvin was found guilty on multiple counts relating to the death of George Floyd, but CNN convicted the accused before the jury was given a chance to conclude deliberation.

But in its fanatical coverage of jury deliberations, prior to a verdict being reached, far-left CNN actually ran a graphic labeling Floyd’s death a “killing.”

By Tuesday, the country had been given nearly a year to digest the culture shock that became the death of Floyd. We recently learned a great deal about the moments leading up to Floyd’s death — thanks to the trial being streamed online and on TV daily.

The defense presented extremely relevant information about Floyd’s mental state, apparent drug use and preexisting medical conditions. It soon became abundantly clear there was a story to be told that could not be seen from one viral video purporting to show Chauvin callously suffocating Floyd.

If you watched the trial, you could argue that Chuavin’s defense team proved its case to — at a minimum — raise reasonable doubt that the former officer caused Floyd’s death with malice or careless disregard. A jury of six white, four black and two multiracial Americans ultimately concluded that Floyd was killed by Chauvin.

But CNN had preceded them in convicting the former cop.

None of the facts ever mattered to CNN and its army of left-wing activist reporters. Floyd’s death was labeled a “killing” by the network before the legal process had played out.

So uh…. looks like @CNN has already decided, definitively and without a jury’s decision that this was a “killing”? Seems awfully irresponsible to be making that sort of assumption…. pic.twitter.com/V1xIrF3Osf

Buried in that graphic was an inference: George Floyd, a black man who lived a life that was pure, was murdered by not only a white cop, but snuffed out by a white imperial system that disregards the lives of minority Americans to further institutionalize white supremacy.

Floyd, in death, has been deemed a martyr. Marxist activists and other people not affiliated with CNN have portrayed his death as the single most important event in American history.

Floyd’s death, to CNN and others, ripped the veil off of a country they all hate.

To these people, Floyd’s death exposed us as all collectively as irredeemably racist. To CNN, our country spent two and a half centuries mistreating people both domestically and across the globe.

Despite our country’s storied and relatively short history, to the left, all policies and undertakings great and righteous were voided when we arrived at a moment last May where a black man died following a run-in with a white cop.

To CNN, the facts were always immaterial. To CNN and WarnerMedia, objectivity was officially retired when voters rejected Democratic presidential candidate Hillary Clinton in 2016.

CNN, before a verdict had been reached in the Chauvin case, after having viewed a trial that told another side of the story, avoided being impartial. In a single graphic, CNN wanted to tell us that Floyd’s death was a vile, race-inspired murder with roots in slavery.

Unlike the jurors, CNN never faced pressure to convict under the threat of violence. CNN simply pushed its agenda.

George Floyd died after an encounter with police on May 25, 2020 — that much was never disputed. CNN, like Democratic Rep. Maxine Waters of California, President Joe Biden and other Democrats, wanted a conviction immediately and at any cost — and they all preempted one.

That all stands to reason.

Chauvin was not the only one on trial. Our country and its values were also being tried in Minnesota by the mainstream media. The corporate activist reporters, Democrats and others who desire to forever smear us all collectively as homicidal slave traders secured a conviction for not only Chauvin but for our entire American way of life.

That verdict was reached by the mainstream media as far back as last spring.

The jury’s decision on Tuesday was merely a convenient buttress for a conclusion that was reached by CNN and others long ago. 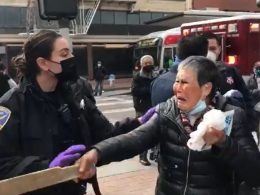 Man Sucker-Punches Older Woman, She Puts Him in the Hospital 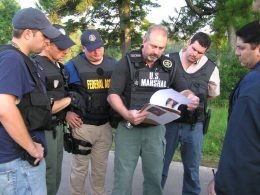 On the heels of increased scrutiny of the FBI over allegations of agents and informants instigating the Jan. 6th D.C.…