CRT Is Making Its Way Into The Medical Industry

Critical race theory (CRT) is an ideology based on the premise that race is a social contract and not rooted in human nature or biology.

Last week, professors at Harvard University announced their plans to interpret the destructive ideology of CRT into the medical industry when dealing with patients of color.

In a newly released article published in the Boston Review by Harvard Medical School professors Bram Wispelwey and Michelle Morse, the institute proposed a plan for using race as a determining factor when treating patients for healthcare needs such as surgery or heart failure.

According to the article, professors argued that the new agenda serves as a “vision for medical restitution” and that federally funded reparations are “urgent and long overdue” to “help mitigate racial inequities.”

“We believe we must pursue restitution programs at the institutional level while also advocating for federal reparations.” the professors wrote.

In addition, the professors expressed that the drastically changing policies within the medical sector in regards to the treatment of African-Americans is “essential to supplement federal reparations.”

“If we are serious about achieving equity—both now and after federal reparations are paid—we must also pursue institutional action,” they noted.

Throughout the last year, doctors and professors have cited inequalities of the Covid-19 pandemic as an excuse to implement the teachings of CRT into every facet of American life. Instead of highlighting the numerous cultural factors that contribute to issues that black Americans typically encounter, the professors would instead place fault on the past generations of white Americans.

Not only do the actions of the Biden administration and the Big Pharma reek of desperation, but most importantly, it revealed the lengths that the big corporations will go to prove their allegiance to work culture. Although the “Shots At The Shop” program is not a new trend, it does raise serious concerns for the black community.

The Tuskegee Experiment is often mentioned whenever Government officials try to convince African Americans to trust newly founded science breakthroughs. The argument against Tuskegee is that it was a “long time ago,” but the same people who say that also use slavery to justify the wrongdoings and failures of people of color in America today.

The author of ‘Madness of Crowds,’ Douglas Murray, spoke with Fox News about the imminent consequences of the newly implemented CRT theory in the medical field.

“You just have to pause for a moment and imagine how outraged we would all rightly be if some Harvard professional said you know there should be preferential treatment for heart failure patients who are white. We would be outraged.” Murray said. “And here are these medical professionals saying that there should be preferential treatment for black and other minority groups. It’s absolutely despicable, but this is the absolutely logical endpoint of this illogical worldview.”

Hesitancy within the medical sector among black Americans continues to persist. Ivy League and global hypocrites seem to be pandered to daily. In an attempt to teach “equality” and “fairness,” these Harvard professors have instead manipulated students into seeing every societal issue through the lens of racism. 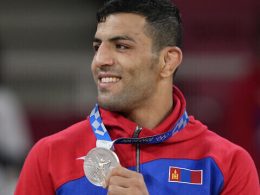 An Iranian defector, Saeid Mollaei, is being highlighted after proudly standing on the podium as a silver medalist… 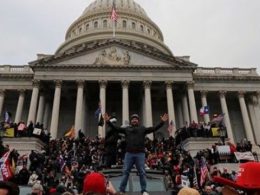 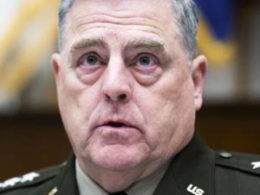 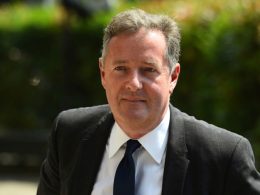 Piers Morgan doubled down on his criticism of Meghan Markle following her bombshell Oprah interview.  He quit his…
Total
21
Share