The Facts About the Daunte Wright Shooting

Minnesota Protester Slams CNN Reporter on Live TV: 'Y'all Be Twisting Up the Stories'

Despite the establishment media’s insistence that a conviction is inevitable in former police officer Derek Chauvin’s trial, there are actually many compounding factors that make the case relatively complex.

One of those factors is that George Floyd, who died last May after a confrontation with Chauvin and other police in Minneapolis, apparently had large amounts of drugs in his system. New surveillance footage from the store where Floyd allegedly used a fake bill before the incident seems to confirm that fact.

On Wednesday, footage from inside the Cup Foods where the counterfeit bill incident occurred was shown for the first time during Chauvin’s trial. In the video, Floyd appeared to be acting erratically, shuffling around the store for roughly 10 minutes and bouncing up and down on his toes.

Christopher Martin, the now-former Cup Foods cashier who accepted the bill from Floyd, also testified at the trial on Wednesday. He said Floyd rambled when talking to him and that his actions made it “appear that he was high,” according to NPR.

Martin told the court he immediately suspected the bill to be fake.

After completing the transaction with Floyd’s bill anyway, Martin said he began to have second thoughts. He explained he originally planned to pay for the transaction himself, as was store policy for a cashier who accepted a fake bill. However, he changed his mind and decided to tell the manager about the incident.

NPR reported Martin had previously rejected a “similar bill” from a man who was with Floyd that same day. It is unclear whether the prior incident played a role in his decision to inform the manager.

The manager directed Martin to go out to Floyd’s car and ask him to come back into the store. While Martin said Floyd was not aggressive, he repeated his belief that Floyd appeared to be intoxicated.

“He seemed to just be having an average Memorial Day, just living his life,” he said. “But he did seem high.”

Floyd refused to return to the store, and the police were ultimately called.

In an August 2020 article, KMSP-TV reported the Hennepin County Medical Examiner found Floyd to have a “fatal level” of fentanyl in his body.

That could complicate the prosecution’s case. Chauvin could contend he was unaware of Floyd’s fentanyl levels and therefore did not know a restraint like the one he used could result in death.

Related:
The Facts About the Daunte Wright Shooting

In addition, a memo filed on May 26 by the Hennepin County Attorney’s Office concerning a meeting with Chief Hennepin County Medical Examiner Dr. Andrew Baker provides another potential setback for the prosecution.

The Attorney’s Office said Baker told them, “The autopsy revealed no physical evidence suggesting that Mr. Floyd died of asphyxiation,” but added the investigation was pending a toxicology report.

All of this is not an attempt to determine Chauvin’s guilt or innocence before the conclusion of the trial. On the contrary, it shows there are many moving parts in this case, and it may not be as black and white as many believe.

The establishment media has attempted to turn Chauvin’s trial into a referendum on racism in America. It’s an outright lie, but it’s one that has been pushed by too many on the left.

“What began 10 months ago at the corner of 38th Street and Chicago Avenue has transformed into nothing less than an American reckoning on justice, racial equity, the proper role of law enforcement and the historical wrongs society has perpetrated on Black people,” the Star Tribune reported as the trial was set to begin on March 28.

“Monday morning, that moment leads to the 18th-floor courtroom of the Hennepin County Government Center, where a jury will begin to hear a murder and manslaughter case against since-fired police officer Derek Chauvin.”

Even before a single witness was called, the Star Tribune was already promulgating the idea that Chauvin must be found guilty and is effectively on trial for all the discrimination black people have experienced in the past.

That idea makes complete mockery of our justice system in America.

In the United States, defendants are innocent until proven guilty. The prosecution still has the burden of proof, even in a high-profile case such as this one. Each case is separate, not an extension of previous wrongs done by other people.

As it turns out, there are many factors that could lead to a “not guilty” verdict for Chauvin, at least when it comes to the murder charges.

If that happens, it would not be an indicator that America is “systemically racist,” no matter what the establishment media may have you believe.

Grant Atkinson, The Western Journal
Minnesota Protester Slams CNN Reporter on Live TV: 'Y'all Be Twisting Up the Stories'
Will Smith Kills Untold Number of Black Jobs by Pulling Movie from Georgia Over Voting Law
Hospital Nixes Sculpture Because It Tells Truth About COVID - It Came From China
The Left's Broad View of Marriage Results in NY Court Battle
Biden Exec Order Could End Up Turning Millions of Americans into Criminals Overnight
See more...
Advertisement

The Facts About the Daunte Wright Shooting

Daunte Wright, a 20-year-old Black Male, Was Fatally Shot and Killed Avoiding Arrest Over the Weekend. On Sunday, April 11th, at approximately 2 pm, Daunte Wright was shot at a […]

Minnesota Protester Slams CNN Reporter on Live TV: 'Y'all Be Twisting Up the Stories'

A man who appeared on CNN live from Minnesota is now a viral sensation online after he challenged the network through a vulgar reality check on Monday evening. The man, […]

Good work, Will Smith. You were upset over Georgia’s new voting law because it allegedly disenfranchised black voters. You apparently hadn’t read it, but that’s the same thing with most […]

Since the beginning of the coronavirus pandemic, leftists have been blaming everything other than the country it originated in. Now, apparently, even it’s politically incorrect even in mainstream circles to […]

A New York resident is looking to marry their adult child. Incest is a third-degree felony under New York law, but the unnamed parent is not allowing such restrictions to […]

President Joe Biden unveiled six new executive actions his administration claims will reduce what they refer to as the “gun violence public health epidemic.” He delivered his remarks in the […] 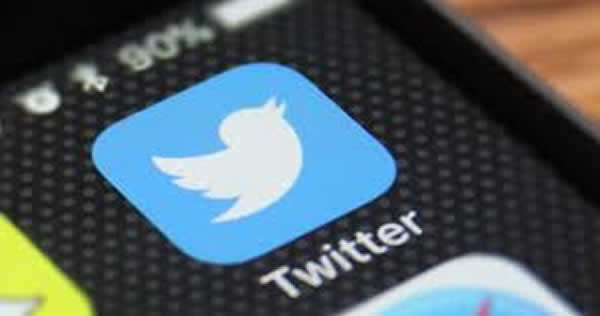 Many conservatives have grown wary of Twitter and their biased, censorial practices over the last few years, but the immorality of censoring the Hunter Biden laptop story arguably pales in […]

College basketball has wrapped up its season just in time for the next media spectacle. Who doesn’t enjoy an incredible slam dunk? Based on all the headlines and news reports, […]

Looting and rioting raged through a Minneapolis suburb on Sunday after police shot and killed a man during a traffic stop. As the violence continued in the city of Brooklyn […] The Black Lives Matter movement has often faced questions regarding the motives behind its destructive behavior. If co-founder Patrisse Khan-Cullors’ recent real estate binge is any indication, those motives might […]