Drug Enforcement Administration officials reportedly recovered nearly 2 million fentanyl-laced artificial pills during a two-month countrywide operation that resulted in 810 arrests. The 1.8 million fake pills laced with the dangerous synthetic opioid could have killed approximately 700,000 people, according to DEA Administrator Anne Milgram, who announced the historic seizure to the media in Washington last week.

Milgram said, “I urge the American public today to talk to their loved ones about the threats and dangers of fake pills and the simple fact that one pill can kill.”

Fentanyl can be up to 100 times stronger than morphine. Street names for the drug include “China Girl,” “Dance Fever,” and “Goodfellas.” It’s frequently mixed in with heroin to make it stronger, or it’s passed off as a very potent version of the highly addictive narcotic.

For eight weeks, investigators targeted criminal drug networks that had been flooding the U.S. with fentanyl-laced pills, resulting in the arrest of hundreds of drug traffickers in cities and rural areas across the country.

DEA authorities said that the fake pills were made to seem virtually identical to prescription pain relievers like Oxycontin and Percocet and stimulants like Adderall and Xanax, which are commonly used to treat anxiety and panic disorders. ​​The DEA also confiscated almost 1,500 pounds of fentanyl powder, which could be used to create tens of millions of more tablets. More than 8,800 pounds of methamphetamine and 1,400 pounds of cocaine were also discovered, along with 158 firearms suspected to be linked to violence.

Drug cartels in Mexico are mass-producing bogus medicines using ingredients primarily imported from China before selling them throughout the United States. According to the DEA, some of the fake medications are being sold on social media platforms. DEA officials also stated, “These fake pills are more lethal than ever. DEA laboratory testing reveals that today, four out of 10 fentanyl-laced fake pills contain a potentially lethal dose.”

According to Deputy Attorney General Lisa Monaco, the number of artificial pills containing fentanyl has increased by about 430% since 2019, and illegal fentanyl was responsible for nearly three-quarters of the more than 93,000 fatal opioid overdoses in the U.S. last year.

Monaco told reporters, “The pervasiveness of these illicit drugs, and the fatal overdoses that too often result, is a problem that cuts across America from small towns to big cities and everything in between.”

Actor Michael K. Williams, most known for his portrayal of Omar Little on “The Wire,” was recently discovered dead in his Brooklyn loft. A New York medical examiner spokesperson stated that his cause of death was acute intoxication from a lethal combination of fentanyl, p-fluorofentanyl, heroin, and cocaine. The U.S. Navy has reacquired one of its unmanned surface vessels after Iranian forces attempted to commandeer it.… 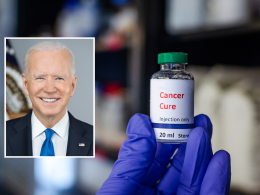 It’s no secret that politicians turn the volume up as midterm elections approach. They find all sorts of… 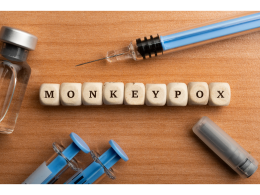 NYC and San Francisco Declare State of Emergency Due to Monkeypox