DeAnna Price is an American Olympian who qualified, for the second time, for the U.S. Olympic Track and Field Trials on Saturday. Unlike Gwen Berry, who claims that our national anthem and flag do not represent her, DeAnna Price stood proud atop the podium as an American performing for the glory of her country.

Not only did Price place first in the hammer throw, but she did it breaking her own records. During her six attempts in the Olympic trials on Saturday afternoon, only one resulted in a foul. According to NBC Sports, the rest of her five throws qualified her for 1st place, with her fifth throw making her the second woman ever to throw over 80 meters.

DeAnna Price just broke her own American record in the hammer throw 😱 pic.twitter.com/gwn1F7ozXc

Price’s bio on the U.S. Olympic Track and Field (USATF) website says that she was the first American to medal in the Hammer Throw at a World Championships. In 2019 she took home the gold in the International Amature Athletic Federation World Championships. She also took 8th place in the 2016 Olympics when she was 23 years old.

DeAnna Price was born in St. Charles, MO, and graduated from Troy Buchanan High School. She competed for Southern Illinois University, and in 2015, Price became the first female, since 2007, to win back-to-back hammer throw titles.

Their names are DeAnna Price and Brooke Andersen.

They came in first and second place. Celebrate them. pic.twitter.com/hbfdfMaL17

Her bio says Price competes with only one kidney and “has endured several injuries throughout her career, including a dislocated shoulder, broken scapula, torn abdominal, torn MCL, and a stretched ACL and PCL.” She loves painting, walking her dog, playing softball, and hunting.

When looking for athletes to support during the Olympics, maybe we should ignore the Berrys and praise the Prices on our side.

Usain Bolt. 2012 London Olympics. Interrupts interview to show Respect to The US National Anthem. THIS IS HOW IT'S DONE!!! pic.twitter.com/myMmYnV52E 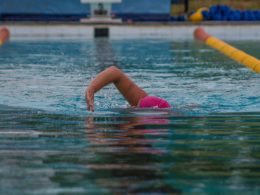 On November 20, a University of Pennsylvania swimmer competed and dominated the competition. The swimmer previously spent three… 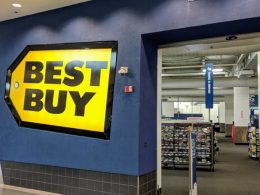 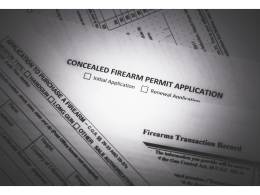 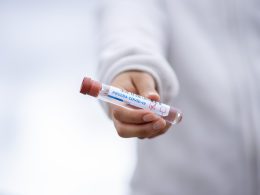 The Vice President of the United States has tested positive for Covid-19. She joins the ranks of other…
Total
125
Share