In 2018, a short viral video began making the rounds. A word is repeated over and over again. You’re asked whether it sounds more like “Yanny” or “Laurel.”

The correct answer is that it’s actually “Laurel,” according to NBC News. Realistically, however, there are any number of reasons you could have heard one of the two words.

Younger people tended to year “Yanny” while older people tended to hear “Laurel,” due to how hearing changes as you age. There’s also what you heard it on — earphones, a laptop speaker, computer speakers. There’s even context; the word is so indistinct that, if you weren’t told those were the other two options, you might have heard “Yourel” or “Lanny.” It was, in a sense, confirmation bias involving the two choices you were given.

What do you hear?! Yanny or Laurel pic.twitter.com/jvHhCbMc8I

Thankfully, fact-checkers didn’t need to wade into the matter and tell us all that it was “Laurel.” Presumably, you could say that’s because they didn’t have a vested interest in it or because liberals were circulating theories online that the whole thing was some kind of Russian mind-control experiment. (It didn’t work; despite how widely the video was shared, the Democrats won the 2018 midterms.)

That’s different in 2021, because our “Yanny or Laurel” involves the new president of the United States and whether he bumbled part of the Inauguration Day ceremonies, as is his wont.

As Biden entered the Capitol on Wednesday, two Marines kept the doors open for him. He didn’t salute them — which isn’t required of a president, it’s worth pointing out. (Biden also had not yet been sworn into office at the time.)

It’s not to question Biden’s respect for the military, either, given that one of his sons, Beau, was a veteran of the Army’s Judge Advocate General’s Corps. His other son, Hunter, um, also served. Briefly.

The lack of a salute, even if it’s a courtesy, was going to rankle some, however — particularly given the rather large deployment of troops around the nation’s capital for the inauguration and the concomitant controversy surrounding its size.

What people were talking about was what Biden said (or might have said) to the Marines as he passed.

This is what some social media users heard:

Is Joe Biden wearing an earpiece?

Did someone tell him to “salute the marines”?

Is Biden so used to repeating what he’s told to say, so he repeated, “salute the marines” (while ignoring the marines) pic.twitter.com/6I7RvMaFEn

No salute for the Marines; wife won’t hold his hand. They’d have been all over that a week ago. The audio…🤣🤣🤣 https://t.co/VC0vPvXHsp

So, yes, it sounds a bit like “salute the Marines.” There’s no sign of an earpiece, so that can’t be confirmed, but it seems like an odd thing to say.

But hold up, PolitiFact noted. There’s a “Laurel” to that “Yanny.” The fact-checking outlet said many people heard Biden say “good-looking Marines.”

That’s a more reasonable explanation that “Biden had a secret earpiece yesterday, only once accidentally repeated his Deep State instructions, and a random guy noticed it.”

A new audio illusion! Do you hear “good looking” or “salute”? https://t.co/6YYdH5ceDK

Again, it’s unclear. “Salute the Marines” could theoretically fit, given Biden’s Ron Burgundy-esque habit of seemingly reading whatever his people put on the teleprompter. That said, even in the extensive back-catalog of Biden gaffery, this would be an outlier. “Good-looking Marines,” however, seems a bit odd and out of place with the solemnity of the occasion — but that’s what makes it something Biden theoretically could have uttered. Shrug.

PolitiFact doesn’t give out shrugs, however, so this was the fact-checking outlet’s take:

The reasoning: Nobody knows, so it’s false.

“It isn’t clear what Biden said. But that moment — a comment made in passing as Biden entered the Capitol — fueled an unsubstantiated online rumor,” PolitiFact reported.

“The rumor: That Biden was using an earpiece to get through the day.

“Social media users sharing a clip of the scene claimed that Biden was told through his headset to salute the Marines on his way inside, as presidents customarily do. They said that he repeated the command out loud instead of actually offering a salute.”

Facebook went further, deeming those who shared the clip in violation of its misinformation rules.

“The burden of proof is on the speaker,” PolitiFact found. “The videos shared on YouTube and Twitter did not provide conclusive evidence that Biden was following instructions from an earpiece. We saw no credible reports that he was wearing one as he entered the Capitol, either.

“On the contrary, the social media claims resemble past conspiracy theories that targeted Biden during his campaign. Those claims alleged, without evidence, that Biden wore a wire or used a medical device to get answers from aides during the presidential debates.”

Now, our level of caring about this, absent the risible PolitiFact fact-check and Facebook’s censorship, ought to equal zero.

If the earpiece theory is true, does this somehow shock you more than other Biden gaffes? I was stunned that the man’s campaign recovered after he told an audience that “poor kids are just as bright and just as talented as white kids,” but here we are.

I wouldn’t find it odd that a president would wear an earpiece during his inauguration, given the nature of the event. Given who the president is, I also wouldn’t be shocked if he blurted that out.

But again, say it was “good-looking Marines.” Does that materially change anyone’s opinion of him? Biden’s weirdness was well-covered by the media until it was clear his path to the nomination was secure. I can’t imagine anyone who’d see the video pop up on a friend’s Facebook account and suddenly find themselves thinking our 46th president is daft. How you feel on that matter is well-established by this point.

Fact-checking isn’t about the burden of proof. It’s about checking facts. As for Facebook labeling the clips as fake news, it’s maddening but unsurprising, particularly given PolitiFact is one of its fact-checking partners. (PolitiFact cited Facebook’s decision to label the clip as misinformation as part of its article, which is a neat bit of circular logic.) It doesn’t stop the circulation of “misinformation,” though. It merely further erodes conservative trust in social media and fact-checking.

It’s good to see, however, how quickly our nation’s gatekeepers will leap to Biden’s defense over nothing.

Before they weighed in, this was nothing more than a “Yanny or Laurel” parlor game. We could all agree a president prone to weirdness said something weird.

Instead, we got another reminder of just how fervidly our nation’s institutions of power will protect the new president. Call this one “Yanny” at your own risk, ye purveyor of fake news. 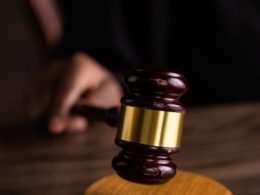 As if cops, especially in California, needed any reminders of just how little some people within the criminal… 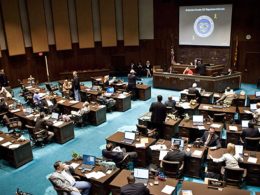 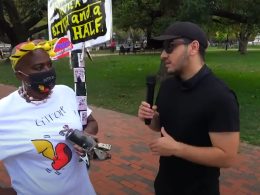 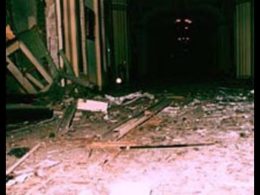 Remember When the Left Bombed the US Capitol? Nobody in the Media Seems to

On the night of Nov. 7, 1983, the U.S. Capitol switchboard received an ominous call warning authorities to…
Total
26
Share