Matthew Dowd’s candidacy for lieutenant governor of Texas has ended. The self-described “thought leader” recently announced that he made his decision “from a place of integrity,” citing an ABC News column from 2018 in which he argued that “white male Christians” like himself should “take it upon ourselves to step back and give more people who don’t look like us access to the levers of power.”

Dowd, who launched his campaign in September, also said, “A diverse field is now emerging in the Democratic primary for this office. ​​I do not want to be the one who stands in the way of the greater diversity we need in politics.”

The Washington Free Beacon reports, Dowd’s departure leaves just two candidates in the Democratic primary for Texas lieutenant governor: white male Mike Collier and white woman Michelle Beckley. Dowd has argued in the past that choosing a woman for the sake of diversity isn’t always a desirable thing. The statement can best be interpreted as a barely veiled assault on Beto O’Rourke, who is projected to win the Democratic nominee for governor of Texas but is also a white male Christian competing in a more diverse primary field.

After running unsuccessfully for the U.S. Senate and President of the United States, O’Rourke seeks to complete a historic trifecta of political failure. The perpetual loser, who graced magazine covers and once said he was “born to be” in politics, believes that by pledging to take away Texans’ guns, he will persuade them to vote Democratic. However, he’ll first have to take down two competent BIPOC candidates: Michael Cooper, a black man, and Deirdre Dickson-Gilbert, a black woman, to get the party’s nomination.

It’s unlikely that Beto O’Rourke, or President Joe Biden, will follow in the footsteps of Dowd and stand down in the interest of “greater diversity” or personal “integrity.” Still, luckily, nobody expects them to hold themselves to the standards they set for everyone else. Hopefully, the Democratic party’s woke policies, mental gymnastics, and continued self-destruction in the name of diversity will be enough to alert level-headed Democrats and independent voters to weigh an alternative to their madness. 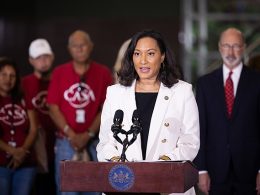 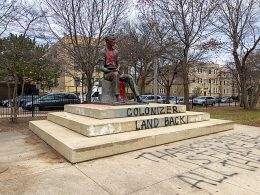 Statues of President Abraham Lincoln in Chicago were vandalized twice in less than two months. The Chicago Tribune… 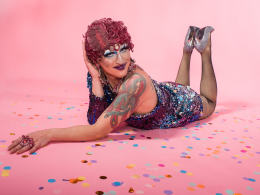 The U.S. Department of State has given more than $20,000 to a cultural institution in Ecuador so that… 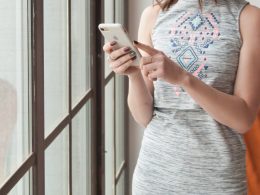