White House press secretary Jen Psaki displayed a surprising level of naïveté on Monday that apparently is representative of President Joe Biden and much of the Democratic Party regarding taxing companies.

They seemingly believe that businesses do not pass their tax costs on to their customers.

What world are the Democrats living in?

Psaki was asked about the impact of the proposed tax increases on businesses and the “wealthy” contained in the Democrats’ $3.5 trillion so-called human infrastructure bill.

The reporter cited an analysis by the Joint Committee on Taxation showing that the new tax rate would impact those making under $400,000 per year, which would break Biden’s campaign’s promise.

“Obviously, the president’s commitment remains not raising taxes for anyone making less than $400,000 a year,” Psaki responded.

Jen Psaki: It’s “unfair and absurd” that companies would increase costs for consumers in response to us taxing them more. 😳 pic.twitter.com/rHilrYdj4j

“Unfair and absurd.” Wow. Does she not understand that companies are in business to make money? That’s how business owners keep the lights on and the doors open, not to mention make a living, pay their workers and pay back those who invested in the business.

A tax is a cost of production: The higher you raise the price, the more the business owner charges the consumer or chooses to relocate to where the tax burden is lower in order to remain competitive.

Then-President Ronald Reagan explained so clearly that it is the consumer who ultimately pays for taxes placed on companies.

“Some say shift the tax burden to business and industry, but business doesn’t pay taxes,” Reagan said in an Oval Office address to the nation in February 1981.

“Oh, don’t get the wrong idea. Business is being taxed, so much so that we’re being priced out of the world market. But business must pass its costs of operations — and that includes taxes — on to the customer in the price of the product. Only people pay taxes, all the taxes,” he continued.

“Government just uses business in a kind of sneaky way to help collect the taxes. They’re hidden in the price; we aren’t aware of how much tax we actually pay.”

Under the Trump tax cuts, the federal corporate rate came down from 35 percent, the highest in the industrialized world, to 21 percent, which is slightly below average among the countries in the Organisation for Economic Co-operation and Development.

When combined with state corporate taxes, however, the U.S. current rate is above average at 25.7 percent and higher than China’s 25 percent rate, according to the Tax Foundation.

Under the House tax plan, the U.S. would have the third-highest corporate rate in the industrialized world, behind only Colombia and Portugal: https://t.co/o7UUMh0P5J pic.twitter.com/JxSG1514zg

Former Vice President Mike Pence noted in an opinion piece for Fox News in May that following the Trump tax cuts, factories and jobs began returning to the United States from overseas following years of the reverse happening.

“After losing 60,000 factories under the previous two administrations, America gained 12,000 new factories, because employers were no longer driven away by an exorbitant tax burden,” he wrote.

The Tax Foundation reported that under the legislation being considered by the Democrats in the House Ways and Means Committee the federal corporate tax rate would increase from 21 percent to 26.5 percent.

When combined with state corporate taxes, the U.S. would have an average combined rate of 30.9 percent, the third-highest among OECD countries.

Such a move would put our nation at a significant disadvantage compared to the rest of the world.

“The billions of dollars this bill will place in the hands of the consumer and our businessmen will have both immediate and permanent benefits to our economy,” he said.

“Every dollar released from taxation that is spent or invested will help create a new job and a new salary,” Kennedy continued. “And these new jobs and new salaries can create other jobs and other salaries and more customers and more growth for an expanding American economy.”

Kennedy’s prediction about the efficacy of tax cuts proved true. After his plan was adopted in 1964, tax revenues to the federal treasury increased by over 60 percent by the end of the decade, unemployment fell to under 5 percent and the nation enjoyed a budget surplus by the end of the 1960s.

Similarly, after Reagan signed the first in a series of tax cuts into law in August 1981, the American economy took off.

The unemployment rate dropped to 5 percent and the economy grew a third larger, which was like adding the entire economy of West Germany at the time. Additionally, due to the incredible economic growth, revenues to the federal treasury nearly doubled during the 1980s.

Increasing taxes on corporations is a losing proposition not only for American businesses but also for consumers who ultimately pay the price. You would think the Democrats could have figured that out by now. 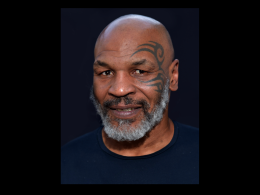 After Unilever declined to rein in one of their subsidiaries, Arizona treasurer Kimberly Yee issued and followed through…
Total
26
Share