Every day it becomes more apparent that Progressive are the real racists. Nothing proves that point more than the news that a Denver, Colorado elementary school advertised a “families of color playground night” hosted on the school playground. If you are white, you need not come.

According to Christopher Rufo, who first reported the segregated playground night, Centennial Elementary scheduled the playdate for October 13, but due to concerns for Covid, the organizers decided to postpone the event. It shouldn’t shock you the same people who believe that Covid is still a risk are the same ones who say segregated events aren’t racist.

The advertisement for the event was shared on the Centennial Facebook page and organized by white female Nicole Tembrock, the school’s “Dean of Culture.”

According to the Event:

“All parents and caretakers, Centennial leadership, and the Diversity and Inclusivity Committee welcome you to join us Wednesday, October 6, 6-7:30 pm for an introduction to this year’s Community Equity Collective! In this first session, we will introduce the Equity Book Study and Equity Discussions, which will alternate each month. We will be meeting the first Wednesday of every month. The book we will be reading this year is How We Show Up: Reclaiming Family, Friendship, and Community by Mia Birdsong, which we will discuss in November, January, March, and May. In alternating months, we will discuss another resource, topic, or equity-related theme. This first month, we will focus on getting to know each other and learning about how we can contribute to equity at Centennial.”

The school advertised more ways the community could participate in Centennial’s plan for an equitable school, including the October 13 Families of Color Playground Night. According to the school’s Facebook page, the segregated meet-ups will continue on the second Wednesday of every month (weather permitting).

Denver Public Schools' Scott Pribble (he/him/his) has confirmed Centennial Elementary's racially-segregated playground program, which, he claims, "create a space of belonging" and "are about uniting us, not dividing us." pic.twitter.com/UuFfbqxSsY 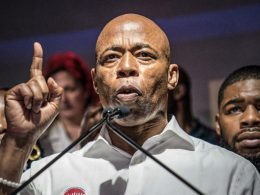 The disconnect is stunning. “Sanctuary city” champion Eric Adams, who opened his arms to illegal immigrants coming to… 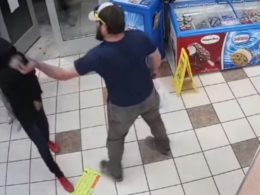 Three young robbery suspects in Yuma, Arizona, may want to consider a career change. Their apprenticeship as armed… 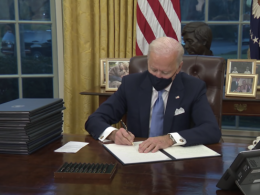 Biden and WHO Declaring States of Health Emergency Over 8 Deaths Worldwide, 1 in the U.S.

Apparently, not being able to find a better excuse to extend a state of emergency, the Biden administration… 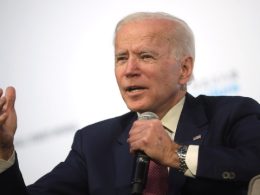