Deputy Lifts SUV To Save A Woman’s Life

A Gloucester County Sheriff’s Deputy found himself in the right place at the right time.

Deputy John Holt was cruising down Route 77 the night of May 7, 2021, when he witnessed a vehicle lose control.

The SUV was coming from the opposite direction as it went off-road and flipped onto its roof. Deputy Holt arrived on the scene moments after it happened to assist those in the vehicle.

In the bodycam footage, someone is outside of the car as the deputy approaches the overturned vehicle. She frantically asks the officer to help her mother, who is still trapped in the vehicle. “She can’t breathe. She can’t breathe. Please help.”

The deputy peers into the vehicle to see a male child crying and trying to comfort his mother. The mother’s head is trapped beneath the sunroof, and she cannot free herself.

“She’s trapped under the vehicle. I can’t get it off,” the deputy spoke into his radio. His first impression was that he would need some assistance freeing the woman, but the child’s cries sparked something within him.

He decided that he was going to free the woman.

He asks the child in the vehicle to exit. His bodycam footage goes black, but Deputy Holt is heard grunting as he lifts up the SUV long enough for the woman to free herself. He asks her if her head is clear, as the child asks the mother if she can get out of the vehicle.

“Through sheer will and determination due to fearing the female may succumb to her circumstance in front of her panic-stricken child, Deputy J. Holt took quick action and was able to physically lift the vehicle up enough for the driver to maneuver her head out to safety,” said a statement from the sheriff’s office.

While the sheriff’s office sees only the personal determination of their deputy, The Tatum Report wholeheartedly believes in divine intervention. The Almighty made sure Deputy Holt was able to complete his mission successfully. Deputy Holt had first to choose to help, and when he did, he was given the strength to solve the problem quickly. It’s not every day an average man is able to lift over 3500 pounds in an instant.

All beliefs aside, everyone can agree that this feat is nothing short of miraculous. The woman survived, but it is unknown if she sustained any injuries.

The sheriff’s office also noted that Deputy Holt has a track record of not only being in the right place at the right time but rising above and beyond. He was honored with “both the local and regional Top Cop Awards from the Greater Hampton Roads Regional Crime Line on February 2, 2021, for his commitment to public safety after saving the lives of two individuals from a burning house on the afternoon of March 24, 2020,” according to the sheriff’s statement.

While the community and now the country hails Deputy Holt a true hero, he believes differently.

“I’m just an average cop,” he said humbly, just as a true hero does. 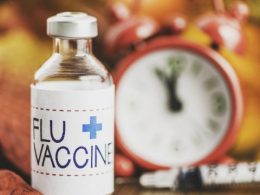 Israel Announces Its First Case Of the Flu and Covid-19; Dubbed “Flurona” 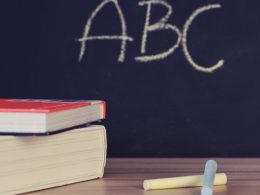 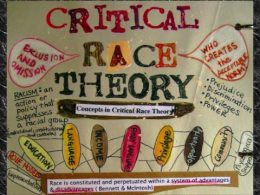 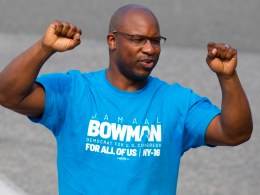