On Monday, Florida Gov. Ron DeSantis signed Senate Bill 2006 and, an executive order, both effective July 1, which would permanently ban vaccine passports and nullify all other emergency COVID-19 restrictions across Florida.

In an effort to “bridge the gap” between now and July, a second executive order was also issued that immediately suspends local emergency orders, specific to COVID-19.

According to DeSantis, “the bill ensures that neither the state nor local governments can close businesses or keep kids out of in person instruction.” Nor does it allow any business, governmental or educational institution operating in the state from requiring patrons to provide documentation for their entry or service. Any establishment in violation of the Bill will be subject to a $5,000 fine per instance of noncompliance.

DeSantis addressed that vaccine passports would create a division in society and were highly susceptible to corporate monetization.

“You have a right to participate in society. Go to a restaurant, movie, a ball game, all these things, without having to divulge this type of information. And oh, by the way, you give that to big companies, they are going to absolutely try to monetize that.”The governor attributed his choice to relieve lockdown measures as one grounded in science.

DeSantis described the Bill as setting a precedent and framework for how the state will combat any future public crisis concerning their citizen’s freedoms.

“We don’t know what’s gonna happen in the future, but I think this creates a structure that’s gonna be a little bit more respectful, I think of people’s businesses, jobs, schools and personal freedoms.”

DeSantis slammed the talking heads in Washington who cite the need for distancing and lockdown measures even after vaccination.

“When you have people, particularly in Washington saying yeah get vaccinated but then make sure you continue to social distance and wear masks… the message that, that sends to people is that the vaccines don’t work. Because if the vaccines worked, that would be your ticket to basically live normally and make decisions for yourself.”

States like New York have already begun to embrace forms of vaccine passports like the Excelsior Pass App launched in March. USA Today reports, the pass would serve like an “airline boarding pass” and grant an individual access to venues, events, and, inevitably, international travel.

In contrast, other Republican states such as Texas have joined Florida in banning state-funded organizations and agencies from requiring any documentation verifying an individual’s immunization from COVID-19. 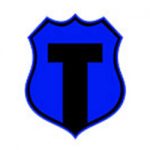 Alexander Kent, The Tatum Report
Alexander Kent is a Canadian University of Toronto graduate with an honor’s degree in political science and philosophy. He is an aspiring Op-Ed writer with a passion for sociopolitical and cultural issues that strike at the heart of America’s discourse. He is an ardent Christian Conservative Constitutionalist who is taking a stand against the establishment of both the right and the left.
"Juror 52" is Causing Speculation in the Chauvin Verdict
Pfizer Reports Billions in Revenue in First Quarter in 2021
McCarthy Begins Damage Control Over Tucker Carlson Comments
DeSantis Suspends Statewide COVID-19 Restrictions and Bans Vaccine Passports
Bombshell Report Points to Cuomo and Aides Playing Down Nursing Home Deaths
See more...
Advertisement