Detective Ferency Killed In The Line Of Duty; Shooter Charged With Murder

The U.S. Attorney’s Office of the Southern District of Indiana announced on July 8 that federal charges had been filed against Shane Meehan in the ambush killing of Terre Haute Police Detective Gregory Ferency.

Gregory Ferency was also an FBI Task Force Officer. According to the U.S. Attorney’s Office, Meehan threw a Molotov Cocktail toward the FBI Resident Agency building on July 7, 2021. Detective Ferency exited the building to confront Shane Meehan for throwing the Molotov Cocktail. Meehan allegedly raised his firearm and shot Ferency.

The report states that although Detective Ferency was able to fire back at Meehan, Ferecny later died from his injuries. Meehan was reportedly shot twice by Detective Ferency before using his pickup truck to escape the scene.

According to the U.S. Attorney’s Office, “Meehan was located at the Vigo County Regional Hospital where he was treated for his gunshot wounds. A firearm was recovered from Meehan’s pickup truck along with three Molotov Cocktails and additional ammunition.” Meehan is currently in custody.

Acting U.S. Attorney John E. Childress denounced the ambush on Detective Ferency, saying, “an attack on law enforcement is an attack on us all.”

“The selfless dedication exhibited by Detective Ferency throughout his career and his tragic death yesterday is yet another example of why we all owe our respect and gratitude to the members of law enforcement,” Childress said. “On behalf of the Department of Justice, I would like to extend my deepest sympathies to Detective Ferency’s family and his many colleagues.”

Keenan promised to “work day and night to carefully examine the circumstances of the shooting.” He said that the FBI, who will be handling the investigation, is “dedicated to honoring [Detective Ferency’s] memory through a meticulous investigation.”

Meehan is facing life in prison for the murder of Detective Ferency. 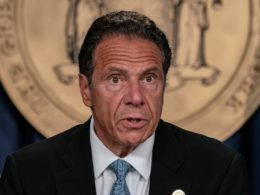 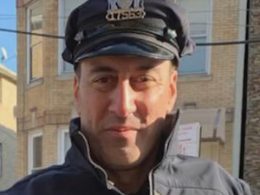