Former congressman Devin Nunes has claimed that former President Trump’s social media platform Truth Social is a target of the Biden administration’s new Disinformation Governance Board. The Washington Examiner reports that Nunes, who is now the CEO of the Trump Media & Technology Group called the government the greatest danger to freedom of expression now that “Big Tech tyrants” can’t stifle dissenting opinions.

Nunes told Fox New host Maria Bartiromo “I think it’s so Orwellian, so dystopian, something you only see in dictatorships that now they’re going to set up some type of disinformation board. I think that’s a direct attack on what we are doing at Truth Social because we can no longer be canceled.” He also noted that “We’re going to protect our users from this new phony government disinformation service, and the fact that they would use some D-rated TikTok star that is the queen of disinformation herself on the Russia hoax and the laptop from hell, to head up is really the height of hypocrisy that’s so unbelievable.”

The new disinformation board was announced last week as part of the Department of Homeland Security with ​​Nina Jankowicz selected to lead the organization. Jankowicz has been chastised for promoting Christopher Steele’s bogus anti-Trump dossier and disregarding concerns about Hunter Biden’s laptop. Republicans have slammed the board, comparing it to George Orwell’s novel 1984’s Ministry of Truth.

The board has been described by the White House as a continuation of a Trump administration effort, and Homeland Security Secretary Alejandro Mayorkas defended its operations, claiming that the board will not monitor U.S. citizens and praised Jankowicz as “eminently qualified,” a “renowned expert,” and “neutral.” He claimed that “The board does not have any operational authority or capability. What it will do is gather together best practices of addressing the threat of disinformation from foreign state adversaries, from the cartels, and disseminate those practices to the operators that have been executing and addressing this threat for years.” 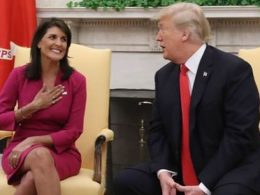 Donald J Trump was good to Nikki Haley but unfortunately that doesn’t seem to count much in politics.…

In a live news conference shown on PBS News Hour, Cuomo has avoided impeachment by voluntarily stepping down.… 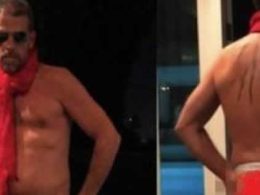 Give Me A Break: Hunter Biden Is Now A Struggling Artist?

I thought it was “Groundhog Day.” Only in this version, Punxsutawney Phil had a substance-abuse disorder, a nasty… 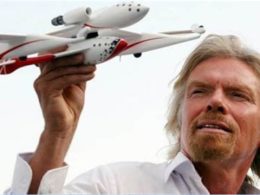 America’s billionaires seem to be vying for prominence as they race to launch their space crafts this summer.…
Total
13
Share