A retired University of Miami Latin America crime professor has been sentenced to six months in jail for his role in laundering millions of dollars in a Venezuelan corruption and bribery scheme.

Bruce Bagley, 75, was an esteemed professor and the go-to academic expert on drug trafficking in Latin America, sharing his knowledge with Congress, journalists, prominent attorneys, and even the Central Intelligence Agency, according to the Associated Press (AP).

Bagley became precisely that which he dedicated his life to studying. He seems to embrace the fictional Harvey Dent’s infamous phrase, “You either die a hero, or you live long enough to see yourself become the villain.”

Though Bagley was arrested in November 2019 for his crimes, his sentencing occurred this past Tuesday in a Manhattan federal court.

He appeared remotely via Zoom and told the judge:

“I am ashamed of my irresponsible behavior. I have spent my life as an academic working to understand and improve conditions in many countries in Latin America, and to be here today is the greatest departure from the life that I have aspired to.”

Judge Jed Rakoff said the federal guideline recommended a sentence of up to five years but that it would be “irrational” and “overly punitive” for Bagley due to his age and poor health.

A longer sentence would be "grossly over punitive" & "irrational," he says.

But "some prison time sends a message that is not sent by any other punishment."

Bagley was made the target of an undercover operation. A longtime government informant, Jorge Luis Hernández, also known by his nickname Boli, asked Bagley for help. Bagley previously assisted Boli in avoiding deportation to his home country of Columbia, where death was the inevitable “welcome home” gift.

Boli urged Bagley to assist Saab in obtaining a U.S. visa for his son. He also later hired Bagley as a consultant for a Guatemalan investment at $1,000 per hour.

In late 2017, monthly deposits of around $200,000 were placed in Bagley’s bank account from a purported food company in the United Arab Emirates. Prosecutors say additional funds were wired from Switzerland, bringing the total he collected in 2017 to 2019 from Saab to nearly $3 million.

Bagley kept 10% for himself and transferred the other 90% of the money into the accounts controlled by the informant, Boli. Even after one of his accounts was closed for suspicious activity, Bagley continued to accept funds.

He believed the funds were forwarded to Saab’s U.S. attorneys, but they were meeting secretly with federal investigators for a possible resolution of his own case.

Bagley admitted that he made more than $200,000 in the scheme. The judge rejected his pleas to avoid prison due to Bagley’s expertise in the topic of international money laundering.

“Of all the people in the world, Dr. Bagley was most able to appreciate the wrongfulness of his conduct,” said Rakoff. “And that can not go unpunished.”

Bagley must surrender himself to prison on January 25, 2022. 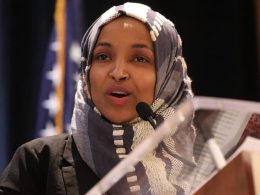 In a sign that more Americans are “getting it,” it being the destruction of traditional America, a crowd of… 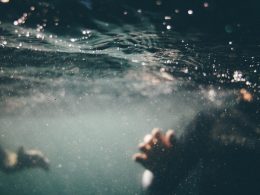 Brave Teen Boy Rescues 3 Girls and a Cop from Drowning

Sometimes, things don’t work out the way people expect. Like the three Mississippi girls, according to WAFB 9… 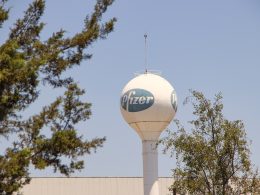 Despite its public opposition to the Russian war in Ukraine, Pfizer announced that it will continue its medicinal… 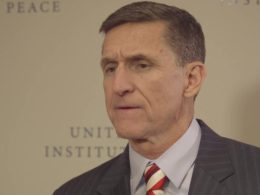 Woke Elite Ambush Gen. Flynn, Move to Cut Him Off from Basic Necessities by Canceling His Credit Cards

There are a few reasons why a bank might cancel your credit cards. If you’re delinquent with payments,…
Total
1
Share