Wilkerson allegedly left the original house where Cpl. Heacook was attacked, traveling across the street to a home where he also attacked an elderly couple, a 76-year-old female and a 73-year-old male. The woman was sent to a Baltimore trauma hospital while her husband stayed locally. The report indicated that the pair have both since been released and are recovering at home.

Tragically Cpl. Keith Heacook was pronounced dead Wednesday afternoon after suffering significant brain injuries from Randon Wilkerson. The suspect was arrested by Delmar Police and was reportedly charged with “attempted murder, assault, burglary, possession of a deadly weapon while committing a felony and terroristic threatening.” 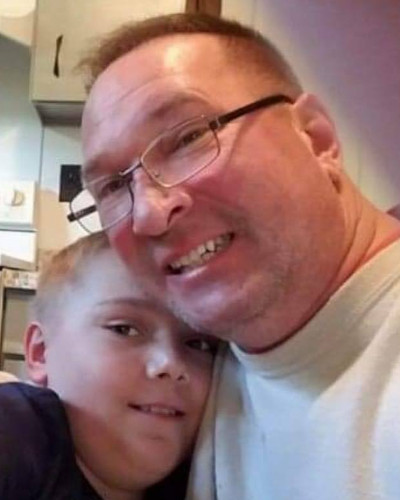 Cpl. Heacook’s family announced that they made the decision to end life support and donate Heacook’s organs. Heacook left behind his wife and 12-year-old son. Delmar Police Chief Ivan Barkley spoke at a press conference saying, “I need you to know that even with his sacrifice, he’s still a hero for someone.”

Delaware Attorney General Kathleen Jennings announced after Cpl. Heacook’s passing that Randon Wilkerson’s charges would be upgraded to murder. Attorney General Jennings said, “He will be held accountable for his heinous crimes against Cpl. Heacook, against the elderly couple he viciously assaulted, and against Delmar and our state.”

Jennings said that Cpl. Heacook was “a family man, a public servant and a protector of his community up through his final days. We are here to mourn the loss of a man who devoted his entire career to the selfless cause of serving the rest of us.” She continued saying, “And we are here to acknowledge law enforcement across this state who willingly face danger each and every day so that all of the rest of us don’t have to.”

“Tonight, we wrap our arms around a community and a family and hold them in support and prayer,” finished Attorney General Jennings.

Marmee Rooke, The Tatum Report
Marmee has been around grassroots politics all of her life. Being a stay-at-home mom, she knew she had a voice that needed to be heard. She is raising the next generation while fighting for her own.
Black Mom Goes VIRAL After She Blasts "CRT"
Audit Finds Maricopa County Deleted Entire Database
Another Terrifying Night in Israel
Over 120 Military Leaders Write Letter Questioning Biden's Mental Health
Times Square Shooter Arrested In Florida
See more...
Advertisement