Evidence Points to Innocence for Man Imprisoned for 43 Years

A Missouri man may finally be free after serving 43 years in prison for a crime he says he didn’t commit. A state prosecutor agrees and is capitalizing on a new law to help him gain freedom. She feels beyond a shadow of a doubt that he’s innocent.

Kevin Strickland, 62, attended court for the first time in over 40 years as the first witness on the stand. He has long maintained his innocence, that he was safely tucked away at home, just an 18-year-old watching television.

STRICKLAND HEARING: Jackson Co. prosecutor Jean Peters Baker and Kevin Strickland’s legal team are in the courthouse ahead of Strickland’s hearing that could determine his innocence after 43-years in prison.https://t.co/zJ3g0q7MOZ@Kmbc pic.twitter.com/5E4XHjrNE0

Strickland was convicted of a triple murder that occurred in Kansas City on April 25, 1978. A second jury said he was guilty of fatally shooting Larry Ingram, 21; John Walker, 20; and Sherrie Black, 22. The first trial resulted in a hung jury, as one woman believed he was innocent.

The only eyewitness in the case was Cynthia Douglas. She was also a victim but managed to stay alive undetected until the killers fled. Before she was placed in an ambulance, Douglas said she knew two of the suspects, Vincent Bell, 21, and Kilm Adkins, 19. She was unable to identify the two other suspects who fled into the night.

At the time of the crime, Douglas’ eyewitness account was the hammering blow that put Strickland behind bars. The only other evidence that indicated Strickland could’ve been at the scene of the crime is a simple fingerprint on a vehicle.

The vehicle belonged to one of the actual killers, one of Strickland’s friends, who has repeatedly claimed Strickland was innocent. Vincent Bell, who was 21 at the time of the murders, did not have a driver’s license, so Strickland regularly drove him around. Strickland was surprised that more of his prints weren’t found on Bell’s car.

Unfortunately, Douglas passed away at age 57 in 2015 due to heart disease complications before providing testimony. She did, however, tell the truth many times to those close to her.

Douglas revealed that police had pressured her to pick him from a lineup; she knew Strickland wasn’t even there.

Strickland claimed that Douglas even reached out to him shortly after his conviction. He claimed that he talked to her on the phone, and she “immediately apologized.” He asked her to fill out an affidavit, but the attorney general’s office noted that she never signed one before she passed away.

Three of Douglas’ relatives and a former co-worker testified Monday on her behalf.

Douglas’ sister, Cecile “Cookie” Simmons, 65, recalled her sister saying, “I didn’t [ever] choose that boy,” adding that Strickland’s conviction was based on “guilt by association.”

Simmons signed an affidavit before the hearing, confirming that she believes Douglas would “tell others that Strickland was innocent and needs to come home.”

As Simmons fielded questions from Jackson County Prosecutor Jean Peters Baker, who is trying to free Strickland, Simmons said her sister “reached out to a host of officials in her effort to get Strickland’s case back in court: a judge, a well-known civil rights leader, a member of the Kansas City Board of Police Commissioners, a now-former Missouri governor.” Simmons said no one would listen to her sister’s pleas.

Along with the testimonies in Monday’s proceedings, prosecutors brought forth a latent print examiner with the Kansas City Police Department, Julia Snyder. She compared Strickland’s prints to 60 prints collected at the crime scene, along with a print found on the weapon. She confirmed there’s a 0% match to Strickland’s prints.

There is no word on when the judge will make a ruling. 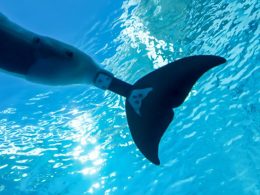 Winter, the movie star dolphin with a prosthetic tail, passed away Thursday night around 8 p.m. after a… 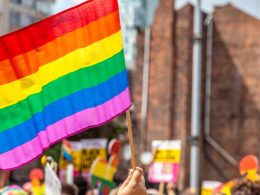 According to the Daily Wire, the Arizona Department of Education (ADE) posted links to chat rooms on its… 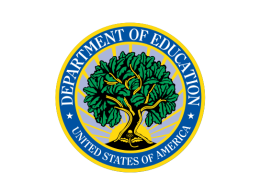