Fired Football Coach Sues, Says He Was Targeted for Speaking Up About Daughter’s Racial Lessons

We won’t even have a say in what schools teach our children if the left has its way.

A Massachusetts high school football coach is suing three school district officials following the termination of his contract due to questioning his daughter’s history curriculum, according to a Tuesday report from the Washington Free Beacon.

BREAKING: Judicial Watch filed a lawsuit on behalf of David Flynn who was removed as head football coach after raising concerns about his daughter’s 7th grade history class curriculum being changed to include coursework on race/gender equality & more (1/3).https://t.co/1C1owBNLfI

David Flynn, a coach who had worked at Dedham High School for nearly 10 years before his termination, filed a lawsuit with Judicial Watch on Monday against superintendent Michael Welch, principal Jim Forrest and athletic director Stephen Traister.

The suit details multiple facts about the school district, including the types of lessons Flynn’s daughter experienced in her “World Geography and Ancient History I” class.

According to the suit, lessons completely ignored the stated curriculum and instead focused on topics such as “race, gender, stereotypes, prejudices, discrimination, and politics.”

It even describes one assignment in which Flynn’s daughter was to assess the risk factors between two people walking along a street, where one character was a white police officer and the other was a black man.

The suit also contains an email Flynn sent to three members of the Dedham School Committee on Oct. 23 that explained his concerns over the lessons.

“I explained to [Welch] that if the teacher teaches the course objectively and removes the BLM logo from the class, people will soon get over the fact that the class was purposely created without notifying parents and without having a visible course curriculum, syllabus and learning objective.”

Flynn and his wife even had their children removed from the school district on Oct. 30, which made them believe “the issue was behind them.”

The suit then goes on to recount a meeting that included Flynn, Welch, Forrest and Traister, in which after a discussion of the email, Flynn was informed that the school would be going in a “different direction” with the football program.

The suit also includes a letter that Welch, Forrest and Traister penned to the football players and parents of the team Flynn had coached explaining the reason for his contract’s termination.

“We met with Mr. Flynn today because he has expressed significant philosophical differences with the direction, goals, and values of the school district. Due to these differences, we felt it best to seek different leadership for the program at this time.”

Flynn was terminated for philosophical differences.

Disregarding the legal considerations, what precedent does this contract termination set for public schools and other government-funded institutions?

If a long-time coach and the father of children who attended school in the same district he worked in was unable to express concern about his daughter’s seventh-grade history lessons, how much control over our children’s education will we have in the future?

This story is just one more piece of evidence of what many have known for years: Leftists have no concept of parental authority, and they have no desire to hide it. Parents have no right to ask questions or to be concerned about their children’s education. After all, the government knows best. 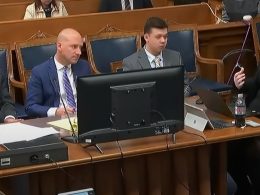 The low-quality drone video, being used as a linchpin in the State’s case, has a cousin. According to… 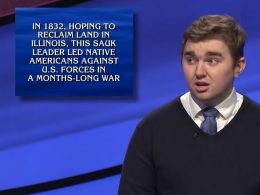 Many grew up watching “Jeopardy!” — pitting their knowledge against the participants’ and wondering how they’d do if… 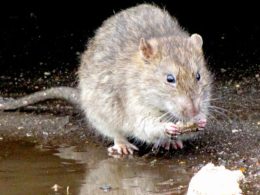 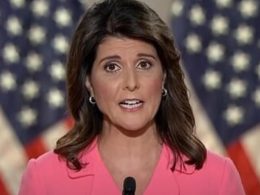 Former U.S. Ambassador to the United Nations Nikki Haley accused the Biden administration of “snubbing our friends like…
Total
1
Share