Former New York Governor George Pataki believes Republicans have an “excellent chance” in the coming election, and that if disgraced former Gov. Andrew Cuomo runs for governor, it will “guarantee” a Republican victory. Cuomo will be “crushed” if he decides to run, according to Pataki, who served from 1995 to 2006. Pataki told radio host John Catsimatitidis, “I think that would be the best thing that ever happened to the state because he would get crushed, and, in the process, almost guarantee a Republican victory. No one would support Andrew except hard-core partisan Democrats.”

However, Pataki said that he doesn’t think Cuomo will run again, explaining that “He is the most unpopular political figure in New York State. And that’s saying something. I just pray that Andrew Cuomo decides to jump into the race. He will threaten [to run]. He will posture. But … he knows he would be embarrassed horribly. So, in the end, I don’t think he does it.”

Additionally, Pataki claimed that Governor Kathy Hochul is “vulnerable” and that New York State needs new political leadership. He noted that “For the first time in [a long] time, I think the Republicans really have an excellent chance. … The state is going in the wrong direction. I don’t think there’s anybody who doubts it. Crime is out of control. People are leaving the state. The schools are beginning to fall apart. The time is right for an argument that you need to change the state’s direction. The second thing is that … we have a weak governor. Andrew Cuomo was forced out in disgrace creating this void. Governor Hochul made a terrible mistake in picking the wrong person for lieutenant governor. That’s been an absolute shamble.” Hochul’s selection of former state senator Brian Benjamin as lieutenant governor was dropped from the ticket when he was arrested on federal allegations of taking financial kickbacks.

According to a recent survey, Cuomo has been considering running for governor as an independent, which could help the Republican nominee. According to a Pix 11/The Hill/Emerson College survey issued on May 8, 33% of voters indicated they would vote for a generic Democratic contender, 33% for the Republican, and 16% for the disgraced former governor, with 18% undecided. If Hochul survives Democratic primary challenges from Rep. Tom Suozzi and Public Advocate Jumaane Williams, she would most likely face Republican Rep. Lee Zeldin of Long Island in November. 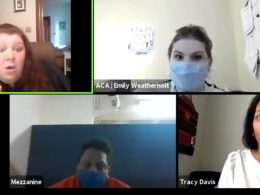 Unique courtroom events have captured the media’s eye for ages. From outbursts to brawls and disputed cases, the… 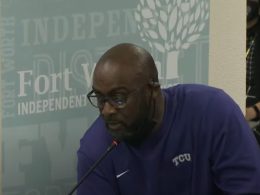 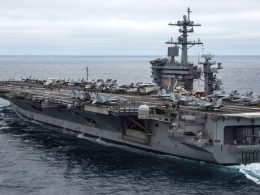 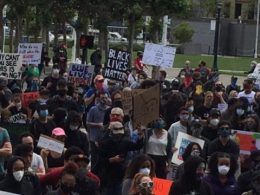 Chivona Newsome, the co-founder of New York’s Black Lives Matter chapter, has come out against vaccine mandates. She…
Total
4
Share