FRAUD! Suitcases of Ballots Pulled From Under Table By “Lady Ruby” [VIDEO]

Video evidence that appears to show stashed cases of ballots in Georgia was played during a legislative hearing on Thursday. Jenna Ellis, a member of Trump’s legal team, said it indicated “fraud.”

The VIDEO EVIDENCE being shown in the Georgia Senate Hearing is SHOCKING.

Room cleared at 10:30pm. 4 people stay behind. Thousands of ballots pulled from under a table in suitcases and scanned.

President Donald Trump’s attorney, former New York City Mayor Rudy Giuliani, presented bombshell evidence from surveillance cameras that appeared to catch cases of “absentee and military” ballots being pulled out from under a table to be counted in Fulton County, Georgia.

The alleged incident occurred at 10:30 p.m. at State Farm Arena after counting allegedly stopped when the observers and other workers were told to go home.

The woman testifying said she witnessed four “suitcases” be pulled out from under the table. That occurred after a supervisor “with blond braids” told poll workers to leave the room. Four people, including the woman with the braids who told the others to leave, stayed behind to continue counting votes, according to the allegation.

“So what are these ballots doing there separate from all the other ballots and why are they only counting them whenever the place is cleared out with no witnesses?” Jacki Pick, a Trump legal team volunteer, asked the Georgia Senate.

Pick said the unobserved counting went on from 10:30 p.m. until about 1:00 a.m. The attorney alleged the counting resumed only after the Republican observers and members of the media left the room.

We now have identified one of these criminals who were caught on video counting illegal ballots from a suitcase stashed under a table!

As you can see from the video one woman in a purple top was filmed helping pull out the ballots and then sitting down to count the ballots.
That woman has now been identified.
Local 11 News covered the story from the State Farm Arena that a pipe had burst.
(This later was proven to be complete fraud and an excuse to kick out the GOP election observers!)

One woman in the video is wearing a purple top. She later appeared in the suitcase video! 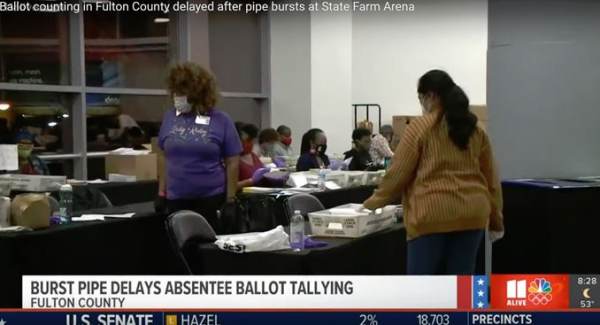 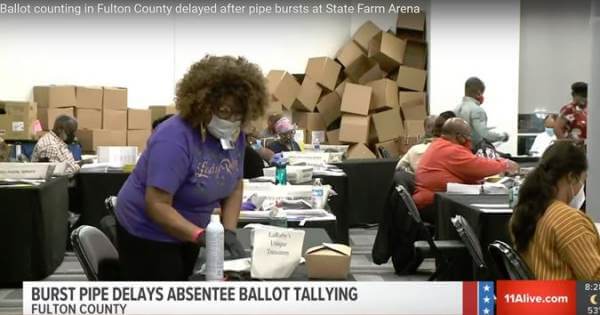 Her name is Ruby Freeman.

And she made the mistake of advertising her purse on her desk the same night she was involved in voter fraud on a MASSIVE SCALE.

Her T-shirt says “Lady Ruby” and her purse says, “LaRuby” which is her company.
This was not a very smart move.

It’s on her LinkedIn page!

More at The Gateway Pundit 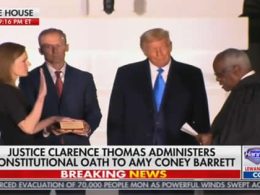 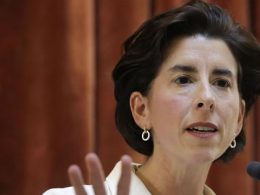 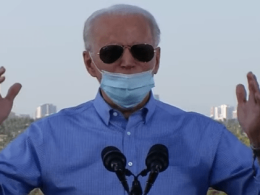 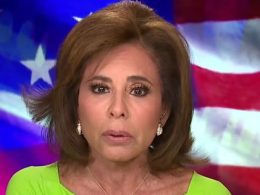