Shanghai- China’s zero-covid policy went a step further this weekend when 30,000 Shanghai Disneyland visitors were locked inside the park. On Sunday, every guest was forced to take a Covid-19 test after one guest who visited the previous day tested positive.

While guests were enjoying the amusement park rides, food, and fireworks, employees in hazmat suits were “quietly sealing” the exits to the park. The authorities in hazmat suits were preparing to test every one of the almost 34,000 guests before permitting them to leave. While the mass testing was occurring, the regular firework show was going on behind them.

A Disney spokesperson said the firework show was intentional, so the guests would have something to watch while they waited to be tested. It also helped manage crowd flow, so not everyone tried to leave at once. The park also provided phone chargers so people could charge their devices. Families with young children were the first to be tested and allowed to leave.

One visitor trapped inside said:

“I never thought that the longest queue in Disneyland would be for a nucleic acid test.”

The last visitor to be tested left the park around 10:30 p.m.

The Walt Disney Co, which owns a minority share in the park, noted they had to comply with China’s local Covid protocols. Every guest tested negative for the virus, but was still required to quarantine for two days at home. They also need to be tested for Covid multiple times in the two weeks following their visit.

Each visitor had to be taken home on over 200 “special busses,” even with the negative tests.

The whole reason for the mass testing was triggered by a woman who attended the park on Saturday.

She had close contact with someone who had a confirmed case of Covid. The woman traveled home by train but stopped in Hangzhou when she realized she could have been exposed. She took a Covid test in Hangzhou and tested positive.

China continues its strict “zero-covid” policy, even with 80% of its residents fully vaccinated and business groups complaining.

The Wall Street Journal reported, “[China] recorded 48 domestic cases on Saturday across several provinces. Though extremely low compared with countries that are moving to live with the virus, the infections have prompted business closures and mass testing in certain areas.”

Shanghai Disneyland reported that the park, shopping, and dining area known as Disneytown will be kept closed at least until Wednesday.

If CNN won’t go to bat for Joe Biden on a fact-checking run, things must be really bad.… 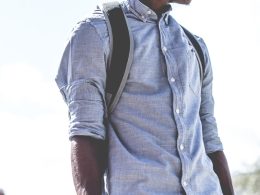 Wall Street executives continue to encourage younger employees to come into the office, but with prudence, amid a… 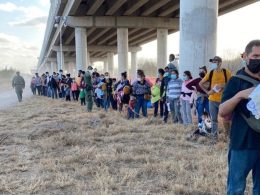 Last year, drug overdoses climbed in tandem with a major increase in illegal immigration, raising concerns about how… 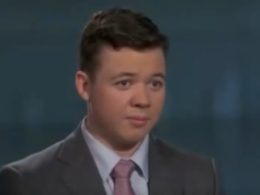