Yery Noel Medina Ulloa is accused of stabbing and killing Francisco Javier Cuellar in Florida. Ulloa is an illegal Honduran immigrant who entered the U.S. earlier. He told the authorities at the time of coming to the U.S. that he was 17-years-old.

On October 7, Ulloa was arrested after being discovered covered in blood wandering near a lake close to the victim’s home. However, on October 13, it was found that Ulloa was not a minor when entering the U.S. and had given authorities false information. Before his arrest, he celebrated his 24th birthday.

When Ulloa first entered the country, he told authorities his name was Reynel Alexander Hernandez. He even told his mother about his fake name. This is when he also lied about his age.

It is unclear as to how Ulloa got from Texas to Jacksonville, Florida. He may have been a passenger on the middle-of-the-night flights where minors were transported across the U.S.

When he arrived in Florida, he was picked up by Francisco Javier Cuellar. Cuellar’s daughter believes Ulloa was on one of the flights because she remembers her father driving to the airport to pick him up.

Cuellar’s daughter Mary told New York Post, “My dad seemed like he was doing a favor for somebody because where [Ulloa] came from, they are super poor. We feel that someone asked my dad to do it. My dad was really compassionate like that. He would help someone who needed it.” Ulloa moved in with Cuellar and worked at the family business, the La Raza Mexican store.

Due to the Biden Administration’s border policy, minors are not being removed under Title 42. Instead, they are processed in the country and united with sponsors when possible. When Ulloa was placed in a shelter, he was given a Notice to Appear.

“When he entered [the U.S.], he told me, ‘Mommy, I didn’t go in with my name,’ ” Ulloa’s mother, Wendy Florencia Ulloa, told Univision. She went on to say her son claimed he  “went in with the name of another person because right there at the shelter they helped [him].”

According to The Post, DeSantis said, “This horrific crime is the latest example of how unfettered illegal migration costs Floridians’ lives. If not for the Biden Administration’s unlawful ‘catch and release’ policy, Mr. Cuellar would still be alive today.” 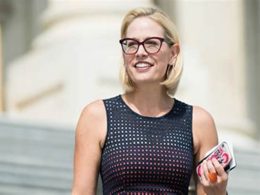 As the Democrats continue unimpeded in their quest to fundamentally transform the United States, Senate Majority Leader Chuck… 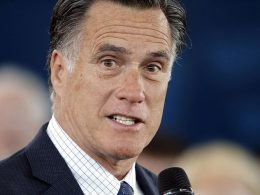 Mitt Romney Could Face Censure for Voting to Convict Trump

As Democrats attempt to remove embattled Republican Rep. Marjorie Taylor Green of Georgia from her committee assignments due… 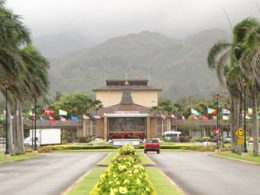