Just one week after Johnson & Johnson’s press release that their vaccine is effective against the COVID-19 Delta variant, an independent study reveals that is not necessarily the case.

The study was conducted by researchers at New York University (NYU), led by Nathaniel Landau, a virologist at NYU’s Grossman School of Medicine, and is awaiting peer approval.

Landau told Fox News that the aim of the study “was to determine how well the antibodies that are raised by the 3 [three] approved vaccines neutralize the variants of concern.”

Johnson & Johnson claims that their vaccine not only worked over their eight-month study but seemed to increase in sustainability over time. This eight-month study is the entirety of the vaccine, with no logical way of knowing if any long-term effects will be present.

According to Johnson & Johnson’s July 1 press release, “This Phase 1/2a clinical trial has been funded in part with federal funds from the U.S. Department of Health and Human Services, Office of the Assistant Secretary for Preparedness and Response, Biomedical Advanced Research and Development Authority (BARDA), under other transaction authority (“OTA”) agreement No. HHSO100201700018C.”

Of course, any research done for a company on their behalf is more than likely biased to support their goals and missions. Hence the importance of independent studies to corroborate or debunk the claims of these for-profit companies.

However, the independent study conducted by NYU reveals that the Johnson & Johnson single-dose vaccine is only 66.9% effective compared to its two-dose competitors, Moderna and Pfizer. The latter boast a 94-95% efficacy rate.

The study revealed that 29 days post-vaccination, there was only “64.0% protection against moderate to severe disease and 81.7% against severe-critical COVID-19 in a country where 95% of circulating SARS-CoV-2 was the Beta variant.”

It suggested a vaccine cocktail is better than one dose alone. They say that the Johnson & Johnson vaccine “could similarly be improved by boosting with a second immunization or by a heterologous boost with one of the mRNA vaccines.”

Since the inception of their vaccine, Johnson & Johnson has faced many problems that have either halted their production or caused severe warning labels to be attached to their product.

It was recently revealed that a rare but serious condition called GBS or Guillain Barré syndrome is a possible side effect of the one-dose vaccine.

This is in addition to the severe allergy warning and the possible blood-clot issue they freely admit their product can cause, placing disclaimers on all of their press releases.

Johnson & Johnson is no stranger to serious side effects either. Many of their products are now facing legal repercussions after long-term studies reveal they’ve been harming people, like their baby powder causing cancer — a product that’s been publicly available and labeled “safe” for decades.

Not so long ago, several McNeil products (a company under their corporate umbrella), including Tylenol, Motrin, Zyrtec, Visine Eye Drops, and others, were recalled between 2009 and 2013 after customers claimed that they included bacteria or metal bits. The FDA uncovered over a two-year investigation that Johnson & Johnson breached production rules, resulting in product contamination.

As of February 2021, they are currently facing nearly 50,000 lawsuits unrelated to the vaccine. Over half of those are for their talcum powder alone. 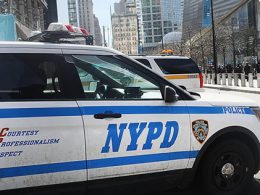 Thugs Roll Up on Party and Shoot into Crowd in Queens. Cops Shoot Back. Four People Wounded

Just how mucked up is New York City’s criminal justice system? It’s so bad that even when, according… 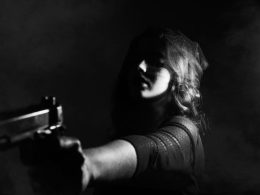 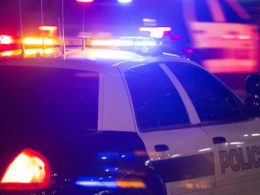 Detective Ferency Killed In The Line Of Duty; Shooter Charged With Murder

The U.S. Attorney’s Office of the Southern District of Indiana announced on July 8 that federal charges had been filed… 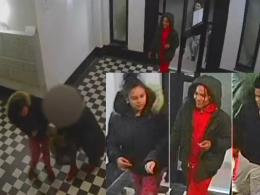