Indiana Town Declares Itself a First and Second Amendment Sanctuary

An Indiana town took a stand Tuesday on behalf of the First and Second Amendment rights of its citizens.

The Mooresville town council declared the community to be a “sanctuary town” town for both amendments Tuesday night, WISH-TV reported.

“I get tired of the solution to gun violence being punishing innocent law-abiding gun owners,” he said.

“I think it’s wrong. It doesn’t solve a single amount of crime.”

The Second Amendment sanctuary proposal said that the town will oppose any public funds being used to infringe on the constitutional guarantee to keep and bear arms.

The First Amendment sanctuary legislation opposes government actions that could curtail religious liberties and promote cancel culture, and particularly notes curbs that could be applied due to COVID-19.

Some scoffed at the daily impact of the proposals.

“This is just a product of a political environment where conservatives feel that free speech and Second Amendment rights are under assault. This is intended to make them feel better,” said Steve Sanders, a constitutional law professor at Indiana University Bloomington.

Some on the town council belittled the proposals, even though both passed by 4-1 votes.

“I don’t know anytime anyone has had their free speech taken away from them,” Councilman Tom Warthen said.

But Williams said he would rather take a stand, even if the impact was minimal, than do nothing.

“If it’s grandstanding, I’m happy to grandstand,” he said. “I take your rights seriously, I take my oath seriously. I have no problem reaffirming that oath through a resolution.”

Some Indiana counties have proclaimed themselves Second Amendment sanctuaries.

Several states have also taken a stand against encroachment upon gun rights.

“Both the U.S. Constitution and North Dakota Constitution recognize our citizens’ inalienable right to keep and bear arms, and designating North Dakota as a Second Amendment Sanctuary State sends a strong message to Congress and the White House that we will firmly resist any attempts to infringe on those rights,” Burgum said in a news release.

“We are deeply grateful to all of the legislators who sponsored and supported these bills and worked to strengthen North Dakota’s commitment to the Second Amendment.”

In declaring his state a Second Amendment sanctuary, Nebraska Gov. Pete Ricketts noted that gun rights are under attack in America, according to the Omaha World-Herald.

“The White House and U.S. Congress have announced their intention to pursue measures that would infringe on the right to keep and bear arms,” Ricketts wrote in a proclamation establishing the designation.

“Nebraska will stand up against federal overreach and attempts to regulate gun ownership and use in the Good Life.” 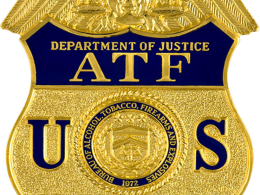 ATF Agent Quits, Speaks Out on Agency Politicized by Democrats

The Biden regime’s politicizing federal agencies is endemic, and the ATF has not been excluded from the taint.… In a bombshell report published Thursday, the Daily Mail claimed to have authenticated the abandoned laptop allegedly belonging… 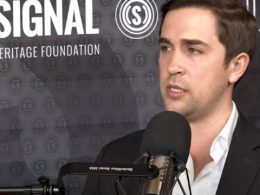 Christopher Rufo Calls On The Senate To Investigate Lockheed Martin

Last week, The Tatum Report brought you news of Lockheed Martin’s attempt to make their white male employees atone for… 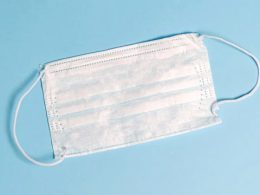