PayPal Blasts GA Voter ID Law, But You Need an ID to Open a PayPal Account

A link between AstraZeneca’s COVID-19 vaccine and rare blood clots in the brain has been discovered, but officials have yet to identify a possible cause, according to a senior European Medicines Agency official.

“In my opinion, we can now say it, it is clear that there is an association (of the brain blood clots) with the vaccine,” Mario Cavaleri, chair of the EMA vaccine evaluation team, said, according to Reuters.

“However, we still do not know what causes this reaction.”

The EMA clarified in a statement that the vaccine review was ongoing and the agency expects to announce its findings this week.

“At present the review has not identified any specific risk factors, such as age, gender or a previous medical history of clotting disorders, for these very rare events,” the statement read.

Trending:
Plane Diverted After Man Tries to Open Door in Middle of Flight

“A causal link with the vaccine is not proven, but is possible and further analysis is continuing.”

The investigation is looking into 44 reports of a rare blood clot in the brain known as cerebral venous sinus thrombosis; 9.2 million people in the European Economic Area have received the vaccine, Reuters reported.

The agency and the World Health Organization maintain that the benefits of AstraZeneca’s vaccine outweigh the risks.

However, France, Germany and the Netherlands have already suspended the use of the vaccine as the investigation continues.

The Netherlands’ medical authority reported that it found blood clots in women between the ages of 25 and 65, according to CNN.

Germany reported that nine of its 31 patients who had developed CVST died, and 29 cases were found in women between the ages of 20 and 63.

Norway reported three deaths among people who developed blood clots and hemorrhaging after receiving the vaccine.

“The Norwegian Medicines Agency believes that there is a probable link with the vaccine, but we need more research to clarify exactly what is triggering this,” the agency said in a statement.

European investigators have floated the idea of an unusual antibody triggered by the vaccine or a possible link to birth control pills, according to Reuters.

EMA Committee for Medicinal Products for Human Use member Armando Genazzani said it was “plausible” that the blood clots were correlated with the AstraZeneca vaccine.

This specific vaccine was based on a modified chimpanzee adenovirus vector, developed at Oxford University.

President Joe Biden’s White House is sending a very distinct message with its barber shop: Hair cuts for me, not for thee. Biden, you’ll remember, is against mass reopening. Just […]

Last week, Major League Baseball commissioner Rob Manfred folded under the pressure of outright lies from President Joe Biden and the establishment media regarding the new voting laws in Georgia. […]

A Canadian man who was poking fun at people in Vancouver for wearing masks outdoors was attacked with a bicycle, and the entire ordeal was caught on camera. Last week, […]

PayPal Blasts GA Voter ID Law, But You Need an ID to Open a PayPal Account

In the wake of Georgia passing new voter laws last week, leftist politicians and media members took it upon themselves to falsely paint the laws as racist voter suppression. So […]

These days, a growing number of Christians opt to refer to Easter Sunday as “Resurrection Sunday” to distinguish it from the cultural traditions of egg hunts, spiffy hats and brunch. […]

Police are being called “gangsters” after an incident in the Oklahoma County jail in which an inmate holding a knife to a corrections officer’s throat was shot dead by police. […] 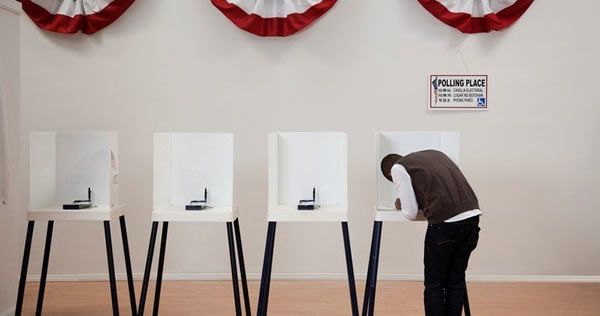 The results of an election audit in Montana’s deep-blue Missoula County show the importance of similar reviews in key swing states such as Georgia and Arizona. The findings also speak […]

President Joe Biden’s Department of Transportation, headed by former presidential candidate Pete Buttigieg, has halted a Texas highway expansion project on the grounds that it is “racist.” You read that […]

There’s never a particularly good time for hate prophet Louis Farrakhan  to be in the news. It’s worse when that news involves a dead Capitol Police officer. Noah Green, who […]